My Strike Against Ponytails – And a Public Service Announcement!

As much as I try not to, some of the informational items put on Facebook are too compelling to turn away from; so I read.

I was horrified recently to read about a hairdresser discussing the damage that ponytails cause in hair that has been treated.

My hair, ahem, has been treated. Highlighted blond. It’s a good thing too, because my friends noticed I am getting lighter and lighter blond, and only my hairdresser knows for sure what’s really going on. OK, I am an over-sharer, but my brown is disappearing fast, and not gray, but WHITE hair (see photo of father, aunt and cousin) as runs in my family tree has replaced it. My family doesn’t do the gray hair thing at all it seems. We go from color to stark white. Genetics are a funny thing. 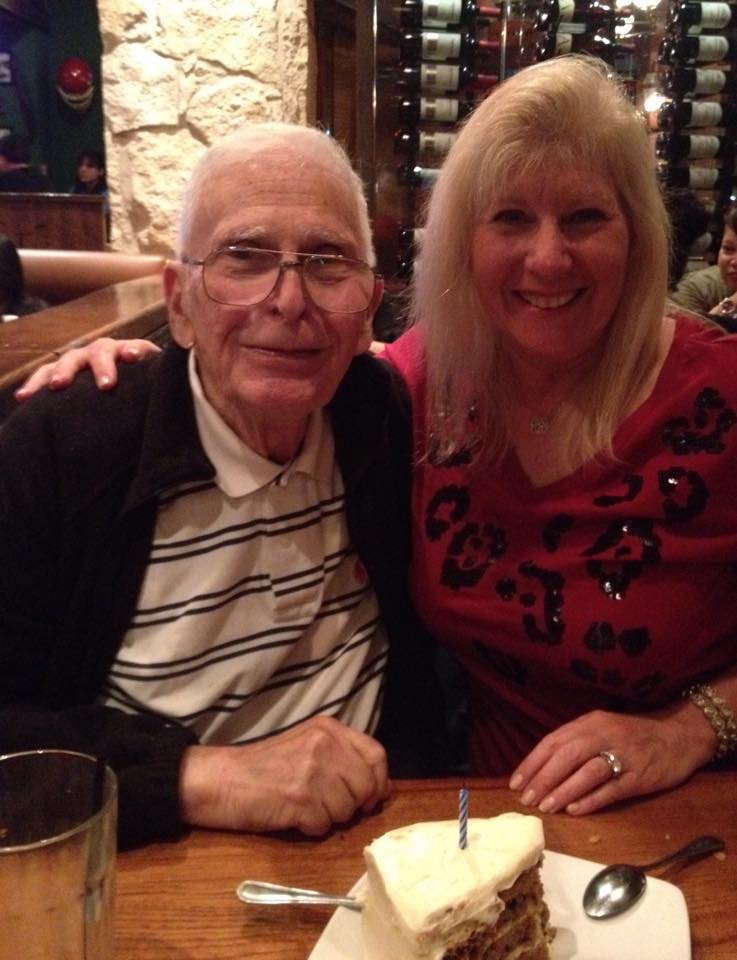 My dad with his white hair. And if you look close at my hair to the right side, you can see some of the hair broken off slightly sticking out!

In the middle is my cousin Karen who embraces her snow white color and my Aunt Doris, Dad’s sister who has been white as long as I can remember.

Anyway, I would be mostly white haired now if I left it to nature. 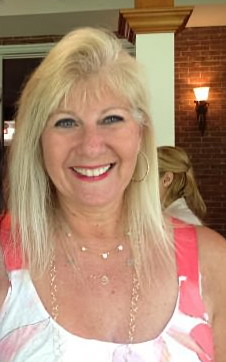 (Look closely at the photo above to see the white creeping in at the top and the area by my ears.)

So, instead of being white, I am blond, albeit a very light blond due to those white highlights. (that used to be brown)

I aspire to be a blond bubbie, but that is a whole other topic for another day.

At any rate, I read that chemically treated hair gets more brittle and breaks off easier. And so frequent ponytails are the kiss of death to the top layers.

I studied my hair in the mirror after reading it. Yup, I had breakage at the ponytail line. Substantial breakage.

I wear ponytails often – when I don’t want to bother with my hair on working days, and during yoga and bike riding, just about every day. In the summer at the beach and while on the boards, there is the ponytail every single day.

After understanding what is causing my layering of hair, and wishing to have an unlayered mass of hair, I have made a pledge to myself to go on a ponytail strike for at least six months to let my layers grow out.

It will be a challenge at Yoga where the sweat amount requires me to do something with my hair. I am thinking about a gross hair net but I will probably be laughed out of there with that. I will come up with a head-wrap or hairbands or something.

Yes, headbands are back. Haven’t used them much since the 80’s but I guess it is time to give them a try again.

UPDATE: One week in and I am biking and doing yoga without ponytails. My hair is thanking me, I just know it. It’s actually very freeing feeling the wind blowing through my hair as I bike. Except my hair looks like it has gone through a blender after I return. Yoga, however, is another story, and don’t ask. Most update newsworthy though is the several women who thanked me because they were doing the tight ponytail thing too and had breakage as well, and now will refrain like me. Just as I said, a public service announcement!