Bionic is in the Genetics Apparently

Well, I got the dreaded phone call that every middle-aged person who has  living elderly parents who live far away, fear so much.

My dad, 85 years old and still working part time, totaled his car. 1600 miles away from where I live.

The car didn’t make it but my bionic dad walked away without a scratch, whiplash, or any other injury.

As I wrote in this blog, I sometimes think because I avoid major injury and have NEVER suffered a broken bone of any kind in my life, that I am like Lindsay Wagner was in the 70’s – a Bionic woman. I realize using that term is kind of outdated as my children can’t really relate to the word bionic. Yet there is no other explanation.

So apparently, this bionic thing is genetic. I look like my dad, I have his good health, and he has never had a broken bone since I have known him. The thing he gave to me is the bad teeth gene though, so you take the good with the bad. 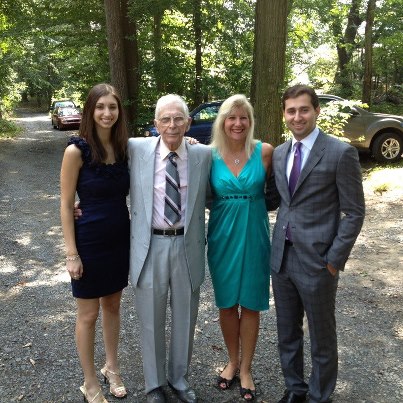 But getting back to the dreaded phone call, my dad is still driving. I know he has a very sound mind and is in good health, but let’s face it. Your driving skill and reaction time can’t be great at age 85. So I worry. Much like the parents of a new 16 year old driver, I fret each time he gets in the car.

He admitted to me that he has limited his driving to neighborhood stuff, to work and back, to meals in local establishments and the occasional visit to a relative is the furthest he drives.

Each time I go to visit him and I am at their home, I have him drive me so I can see how he is managing the automobile. I have not been in fear once while in the back seat, but I noticed he drives very slow.

My dad explained to me that his car just crumpled on impact but he was only going about 5 miles an hour when he hit a UPS truck. He admitted he should have yielded the right-of-way.

I have mixed feelings about elderly drivers. Ones who do not live at assisted living places need the independence of being able to drive to the doctor, restaurants, food shopping, etc. My parents can’t afford an errand person or chauffeur.  There are no relatives nearby to help them out either.  They are on their own.

I know this is a hot topic too – some are pushing for legislation to require driving tests each year after a certain age. I am not against that either. I think my dad would pass. But if he didn’t, what would I do?

I have begged them to move to Houston to live near me. The weather is warmer, and I know they would love it here. But the answer is always no. That used to make me angry but I had to give that up and just let go. They have to live their lives the way they determine, not the way I choose. Still, it causes a great deal of worry.

Yes, I got the dreaded phone call, but turns out all is well. My dad will have to figure out how to get a replacement for his car and is driving a rental right now.  Just another thing to be thankful for this season of Thanksgiving.