As some of you may know I am slowly, at a snail’s pace due to multiple more pressing obligations, writing a book in between the blogging writing work. It is a wry and humorous look at young love with a major plot twist; and this is a topic I have always been interested in. I have related that some of my favorite movies; Romeo and Juliet, and The Graduate, are about young love. It is a cheeky, fun book though, and will be fun to read no matter what age. (Now if I could just finish it.)

While writing it, I am required to put myself in a frame of mind to recall all of the emotions involved in teen infatuation: this is the basis of Creative Writing 101. So while writing some passages, and with the coming of July 4th, I was reminded about my own experience with a boy I dated for quite a while – a most satisfying and fun dating experience. Most people forget that time of pulsing hormones and the drama of emotions as they related to the opposite sex – but not me. Most have forgotten what infatuation, teen desire, and longing for someone felt like, but it was and still is something that can be summed up in a phrase I repeated once upon a time, and was frequently uttered in teen movies and on TV: “I’ll just die if he doesn’t call and ask me for a date.” (Drama and hormones.)

So, with the above in mind, I let my mind wander into my past. It was a time after a breakup with my steady boyfriend/first love, and Danny was the very first burning crush I had post-breakup. We worked together in a retail store, full time students with part-time/ and then full-time-for-the-summer type of jobs.

It sounds so strange today but in that era there were lots of rules a girl had to follow if she wanted to be “proper.” I don’t know why I was so motivated to want to be a prim and proper young lady, but I just was not a rebel in any respect, and I dutifully followed ALL of the rules. The main rules for girls were that you did not ask out boys, and that you did not telephone boys at their residences, or otherwise pursue them. The boys in turn had to do all the asking out, and all the paying too. Note: It’s probably a good thing these rules were in place because as boy crazy as I always was, I might have been the subject of a restraining order a time or two when I had serious crushes through those years.

If a girl in my era followed the silly rules (not all of us did that) and happened to be interested in a boy, that girl had to stay demure and wait, and wait, and wait for the boy to make the move. The worst word a girl could be called, besides a slut of course, was “forward.” Flirting was okay, but a girl could not do the asking out.

Not always known for my patience, I vividly remember the torture it was for me in waiting two months for this particular guy named Danny. I was casually dating another guy at the time, and my former boyfriend had started pursuing me again too, so I was busy enough, but all I wanted at that point was to go out with the elusive Danny. That’s how it goes, the harder something is to get, the more you desire it. And two months in teen time is an eternity, not the blink of an eye it is today – especially if you saw someone regularly at work. (As Tom Petty sang, the “Waiting is the Hardest Part.”)

Danny was a dreamy handsome guy, as he looked like a teen idol at the time, Parker Stevenson. Photo of Parker Stevenson inserted, and I though I don’t have any photos of Danny from that era, he looked exactly like this, with a bit lighter hair. 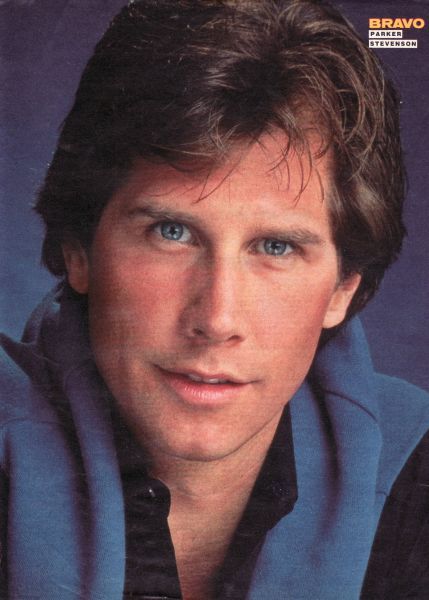 Danny (real name Daniel and now goes by Dan) had gorgeous deep set blue eyes, light brown hair, and a lithe athletic body as he was a soccer player. He was fun and intelligent, and we flirted like crazy at work. Note: since we were a bunch of teens working in a department store, there were a lot of hormones flying with lots of flirting going on through the various departments.

He finally started making some moves all through June with my encouragement, but it was at a turtle’s pace, and it mostly involved driving me home from work, and a few group dates to parties that he was invited to, where his car was loaded up with other friends as well as me. The parties never gave us real one-on-one time, and so I didn’t consider them real dates, but I did get a few kisses goodnight so perhaps he thought of them as dates. Oh, and what a wonderful kisser he was! Every girl should date a kisser like him at least once in her life. (And read this blog of mine that was quite popular on the Huff Post on kissing – this boy is not specifically named in it, but you will know which one he is.)

At any rate, I dropped a lot of hints that I wanted him to ask me out on a real date, yet over the course of the two months of knowing him, I was still waiting, teased with rides home, and a few evenings out at his friends’ end of school year parties.

Since we were firmly city-bound that summer, it wasn’t a big surprise that we both were required to work on July 4th. No picnics or fireworks were in the plans for us that day. It seemed like such a downer at the time.

Early on at work that July 4th, Danny saw me and mentioned that we should take our lunch break together. I was confused and didn’t know if he was asking me out to lunch, (again with the old fashioned rules) or if he just wanted to eat lunch together. I didn’t question him but met him at the appropriate time, breathless with anticipation, and hoping for something great.

When he gently took my hand and held it while we strolled to a nearby restaurant, he looked at me and said, “I am paying.” Yes, the much longed-for date was about to happen.

We ate, we laughed, and we looked deeply into each other’s eyes at lunch that day, and I had my own personal fireworks going on in my brain for July 4th. (Picture the old Love American Style TV show Fireworks) My infatuation was coming to fruition, and rockets and fireworks were flaring all around me as the world came to a complete standstill. To top it off, we held hands walking back to work, and he diverted us to a rear portion of the building for a brief, but meaningful private kiss. More fireworks!

Due to the period of time I spent yearning for something that seemed out of reach, that July 4th was one of the very happiest of my life up to that point. His simple gesture when I was required to work on a holiday was so kind, and I had so much appreciation that my long wait was finally over! That lunch date was the start of a sweet and casual, yet fun and affectionate dating relationship that never got very serious because I was still dragging along my old boyfriend. (The guys who I dated all knew of the others.)

I spoke to him a few times as an adult – he is a total success story after working himself through Ivy League college and law school and he is a partner in a prestigious Wall Street law firm, happily married with children. (And still piercing blue-eyed handsome as all get-out.) He admitted that he had a fiery crush on me too, but was intimidated by me and that’s why he delayed so long. I questioned why he would be intimidated – and his answer was that a few of his peers and friends at work had crushes on me too, and I was too nice to them and possibly flirtatious with them all – so Danny didn’t know if I really liked him or if I was just a big flirt. (That’s what youth is all about, isn’t it?)

I can look back fondly and vividly on events like this, and realize how very lucky I was to have these memorable youthful exploits filled with all of the tender emotions that only the very young experience. I am grateful to Danny for the thrill of a different kind of fireworks on an otherwise boring/working Fourth of July. And because I am a romanticist – from the beginning of my time to the present day, I can write about this topic in my book.

Let me hear from you – it may be material for my book! What was your conquest experience as a youth?