From Four Eyes to New Eyes!

Everybody has a feature about themselves that they love. In my case, the feature that I am proudest of is my set of green eyes. From childhood, with this eye color, I  always felt unique because few people I knew had the same vivid green color. In darker lighting they were deep green, in the sunshine, they were light green. People have often mistaken my eye color for blue, particularly when they look lighter from the sun, but they are as green as the grass used to be on your lawn.

I was born with these beautiful big saucer-shaped green eyes, but they were far from normal. From early childhood, I had an eye condition  where one eye always drifted inward, making me look cross-eyed. Back then, it was called Lazy Eye, and now it is called Strabismus. I vividly remember wearing an eye patch and being told that my eye has a lazy or weak muscle in it, and that wearing the patch would help.

After the patch came off, I was given glasses to strengthen the weak muscle. The only type of glasses they had back then for little girls were blue or pink horn-rimmed glasses. So my deep green-saucer shaped eyes were obscured through childhood with those funky blue specs. Here I am in kindergarten, with a bad cold, breathing through my mouth and rocking the blue glasses. Quite attractive, no?

I was slightly far-sighted as well but not to the point that I could not read or see without my glasses. Yet, I was always terrified of taking my glasses off because the minute I did, my one eye drifted in. Particularly at night when I took them off, or if I was fatigued this was the case. As I peered into the mirror glasses-less each night with one eye stubbornly drifting inward, terror would fill me that people would see my weird defective eye and laugh at me. I became totally dependent on my glasses to keep my eyes straight and after a while, I kind of knew they weren’t really strengthening the muscle, but keeping me straight eyed. When I removed my glasses on rare occasions for photos, I would squint as I smiled so no one would see if my eye turned in.

Those not-so-cute blue annoying glasses followed me through childhood and being a teen. Back in that era, glasses weren’t cool or a fashion statement as they are today. There were very limited choices in color and shape.

There was a saying back then – “Men don’t make passes at girls who wear glasses” and I unfortunately took that saying to heart thinking I was unattractive due to my glasses. When I graduated from blue horn-rimmed in junior high, the only alternative was black or tortoise shell. Ugly, and nerdy looking I chose the tortoise shell – and the combo with my braces were just a vision of loveliness along with my Olive Oyl body all through junior high.

I have to take the opportunity here to thank Guy A, Michael K, and Freddy A., my three short-lived junior high boyfriends who overlooked the really awkward, horrific look I was sporting at that time. (in addition to a few shy boys that had crushes on me – hey, I always had tons of personality and sparkle!) They convinced me that the saying about men never making passes at girls who wear glasses wasn’t quite true!

Fortunately, wire rimmed glasses were a new terrific thing and available and affordable when I was in High School. In fact, they were so cool to wear, suddenly lots of people needed to wear glasses. We even had crazy tints on them. These wire-rimmed gems and getting my braces off were the reason I got one of the cutest guys in our high school to date me all through school. (my still good friend and first love, NEHS bf Howard Green and me in 71) It was also around this time that although I was taking my glasses off for photos and was still squinting – as you can see in my yearbook photo for those of you who have it, and in  the photo below even though you can only see half of me), I noticed my eye did not turn in anymore. 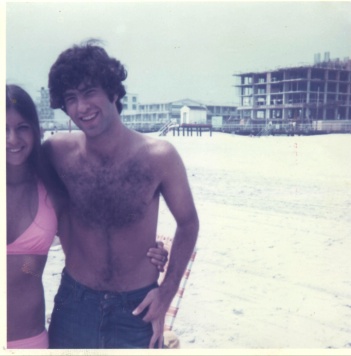 (Hmm, Howard was squinting too – but he was doing it because of the sun!)

In college, I found I didn’t need my glasses to see, and my lazy eye was cured. So I took the glasses off. I couldn’t afford contacts, and I didn’t really need them anyway. Finally, I could show off my eyes without glasses! Suddenly, people noticed my eyes for the first time. It was an incredible feeling to get compliments on my eyes and eye color after all those years of hiding them. I determined never to hide them behind glasses again. 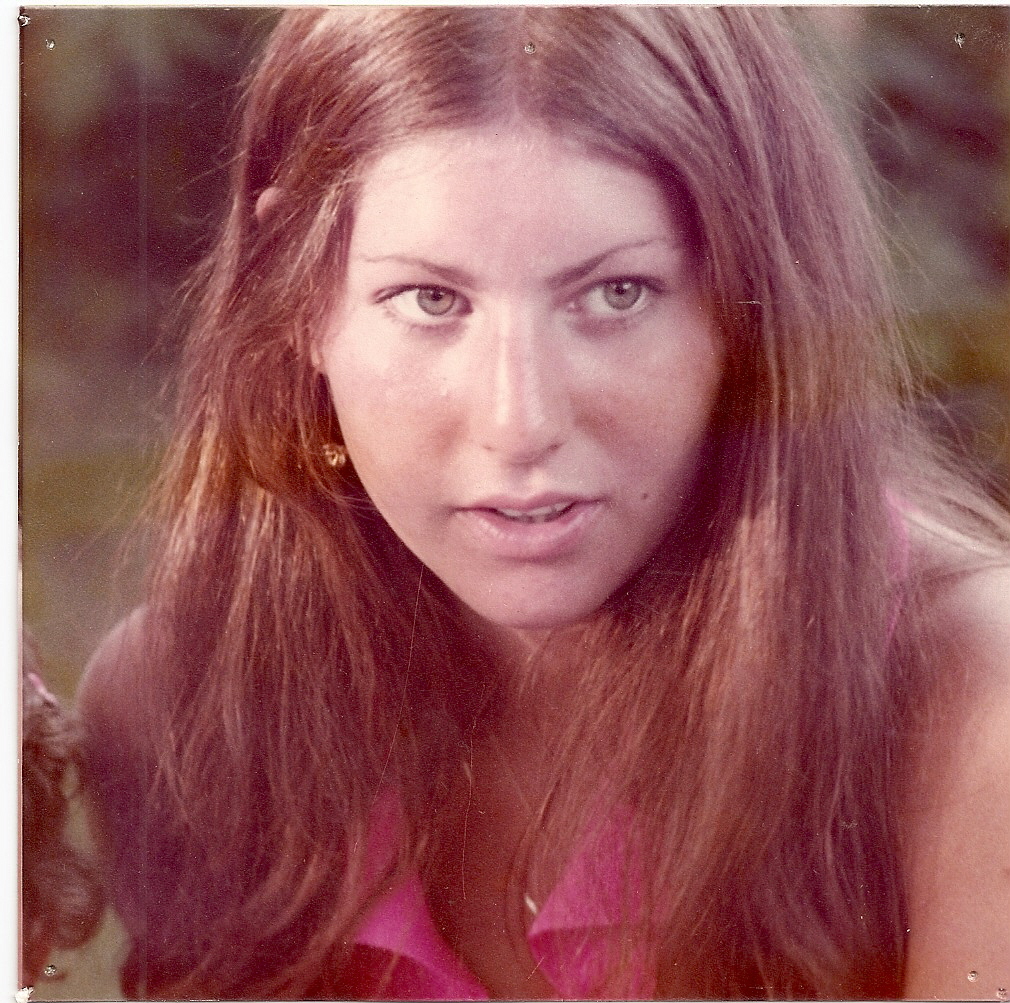 This is a photo of me and my green eyes  in college, and you can see my eye still turned in a bit but was mostly under control.

Enter middle age and the reading glasses thing. Too annoying and I wasn’t responsible enough to have glasses where and when I needed them. Enter contact lenses when I failed my eye test at the driver’s license renewal. I was already used to being free of glasses so I made good use of daily and other soft contacts, which were mono-vision – one eye for distance, and one for reading.

My prescription has been the same for five years in a row and I have gotten tired of contacts, solutions, traveling with them, having them tear on me at inconvenient times, dry eyes, etc. So I looked into Lasik.

I actually considered Lasik for years but always chickened out. Recently, a friend who is pretty conservative and careful about things had it and she is thrilled with the results. This had me investigating again. I found with new technology, incisions don’t have to be made, and the healing time is quicker than ever.

I went to a doctor who is related to my Rabbi, and I was pleased when he told me my success with mono-vision made me a perfect Lasik candidate. After a bunch of tests, they scheduled me in for surgery a few weeks away.

So gulp, here I am about to do elective surgery on my eyes. I will wake up and be able to see my alarm clock. I will be able to read the word shampoo and conditioner on the bottles in the shower. I cannot wait for my new eyes.

I will let you know how it works out next week after the surgery.

UPDATE: I can see with my new eyes perfectly. A minimum of hassle and pain. Doing drops, being careful. This is a breeze and I highly recommend it! If you want the name of my doctor, inbox me!