My daughter Elissa recently had the privilege of chairing a group of 28 young professionals from all over the world (including England and Australia) in a tour of Jewish Cuba and Havana, Cuba. Her photos are fascinating to look at, because despite the old world beauty, Havana has some elements of being frozen in time.

Things have changed a bit there recently,  and religion can now be celebrated, but there is no extra money for religious luxuries. That is why the work of the Joint Distribution Committee (JDC) is so important in assisting struggling religious communities like the one in Cuba.

And now, here is Elissa’s blog, which gives you a peek into the world of Cuba, a place that we are not allowed to travel to as US Citizens, unless of course, we are on a humanitarian mission such as the one Elissa participated in. So here is your look inside Cuba with photos.

Trip to Cuba by Elissa Riesenfeld

I just returned from an amazing and fascinating trip to Cuba. I wanted to share a few things with everyone to supplement the pictures I post just to give a better idea of what I did there and what I learned.
For starters, Havana is an aesthetically beautiful city with unique architecture, beautiful beaches, and vintage cars on the roads. However, Havana is slightly frozen in time. The city looks run down on top of the beauty, given that little restoration has been done and nothing at all has been built in at least 50 years, which is hard to fathom. Our trip guide told us to close our eyes and try to picture Havana in the 50’s, when it was similar to America and in one of its primes.

The structures in Havana are all taken by government assignment. Most homes have 3 generations within the home, and they only have homes if they owned one at some point in their lineage. If not, government assigns a home to you. Certain mansions have multiple families living in it. Keep in mind- no renovations can be done on the homes- expendable income and materials are not available to the citizens. Until 2010, there was no such thing as buying or selling property.

When Castro came with his revolution in 1959, private ownership was seized, causing 90% of the Jewish population of 15,000 to leave for Miami. Many Jewish families had businesses that they worked for post-war and weren’t okay with losing everything. Many others believed in the revolution and its ideas of equality, education and healthcare. In fact, the Castro bros are talked about in a positive light mostly. The citizens have high energy and actually really love American culture. They were warm and welcoming, and say that they feel Cuba will be like America within our lifetime post Castro.

Sight seeing in Havana was amazing!!! The old city, open markets, capital buildings, pristine beaches- don’t miss my pictures! Everywhere we went, we would be handed a Cuban cigar and a mojito. We went to some famous bars, like La Flordita (Hemingway went), sloppy Joes (where happy birthday was sung to me by trained opera singers and we learned how to dance like Cubans), and Cecelia (Miami style- big stage, lots of dancing- they love their Pitbull there!) My favorite parts were wandering the streets, going to open markets and meeting locals.

We were also so lucky to eat at the most gorgeous restaurants. In 2010, private businesses were permitted by the government, so people who have family wiring in money from Miami have started home-based restaurants. We went to one with an infinity pool over the sunset on the ocean, and one with a rooftop bar. Raul Castro’s granddaughter was at that one!

Speaking of food- Cubans have a ration system. Cubans earn $10-26/month, so they are guaranteed food rations. I saw a store. Each person gets a fourth of a chicken per month. Can you imagine? $26 a month earned by a doctor. There is no expendable income for these individuals. Lets say they want a business- it would be hard to invest without outside help. Healthcare and education included.

JDC, the organization I traveled with, got to Cuba in the early 90s when religious freedom was being recognized once more. They’ve identified 1500 Jews left and have helped revive 3 synagogues. The community has local activities, religious school, trainings, a Maccabi team, a youth group – you name it. JDC has helped execute and sponsor these projects on the ground. In addition, JDC does chicken dinner for the entire community Friday night. This has to be privately sponsored because it is above ration, but is many Cubans main meal of the week. We enjoyed spending time with the community and watching their hard work and energy. They are proud of what they have and do not experience any local anti-Semitism or danger. Also, JDC helps with a private pharmacy project- for anyone in the community- since access to medication can be tough. They also all sang me happy birthday and brought me cake.

It was interesting talking to the young professionals in Cuba. They take work and education seriously but don’t love the idea of starting a business- they just don’t know what that is like. The Cuban government allows them to move to Israel only, otherwise they have to stay at this point- in their same family home- with every single family member.

I traveled around with 28 young professionals from London, Australia, NYC, LA, etc- this was a great time too. We had fun exploring the city and nightlife- I hope more tourists get to experience this soon. It was so fascinating to be there at such a turning point- where private business and travel is finally being allowed, and the country is changing rapidly. I think Cuba will continue to look different through our lifetime.

I’m taking a new perspective on the history of the country- knowing first hand now how complex trying to create an equal society can be, and understanding how much the citizens genuinely want a relationship with us, regardless of government issues.

Traveling opens my eyes so much and I feel super fulfilled. Here are the photos to go along with the narrative and don’t forget to read the captions between photos:

On typical streets, mostly old cars from the 1950’s are still used. 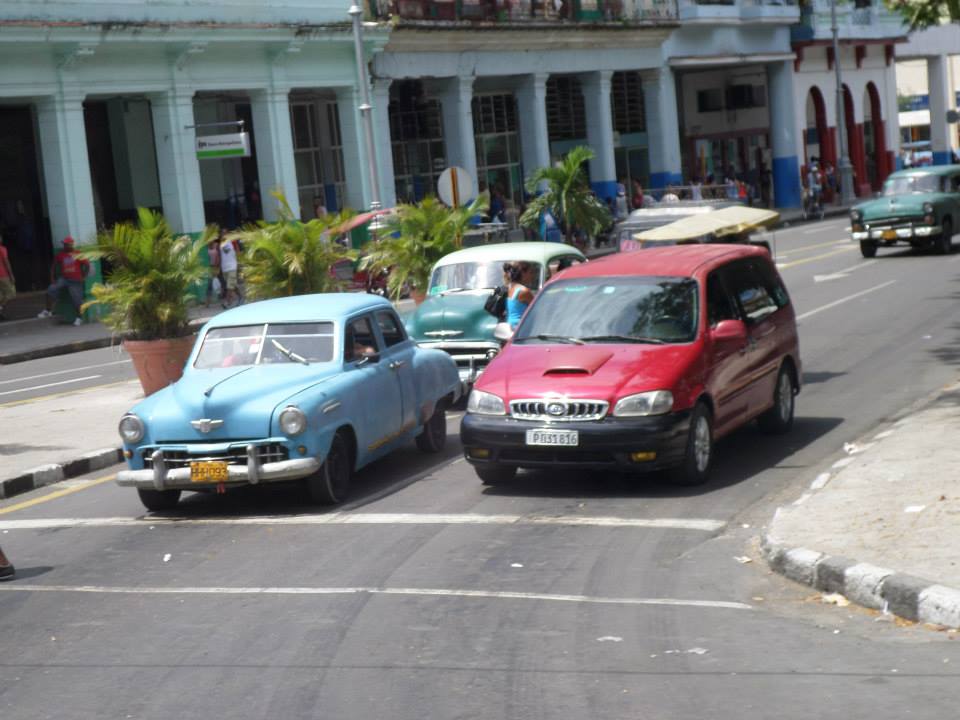 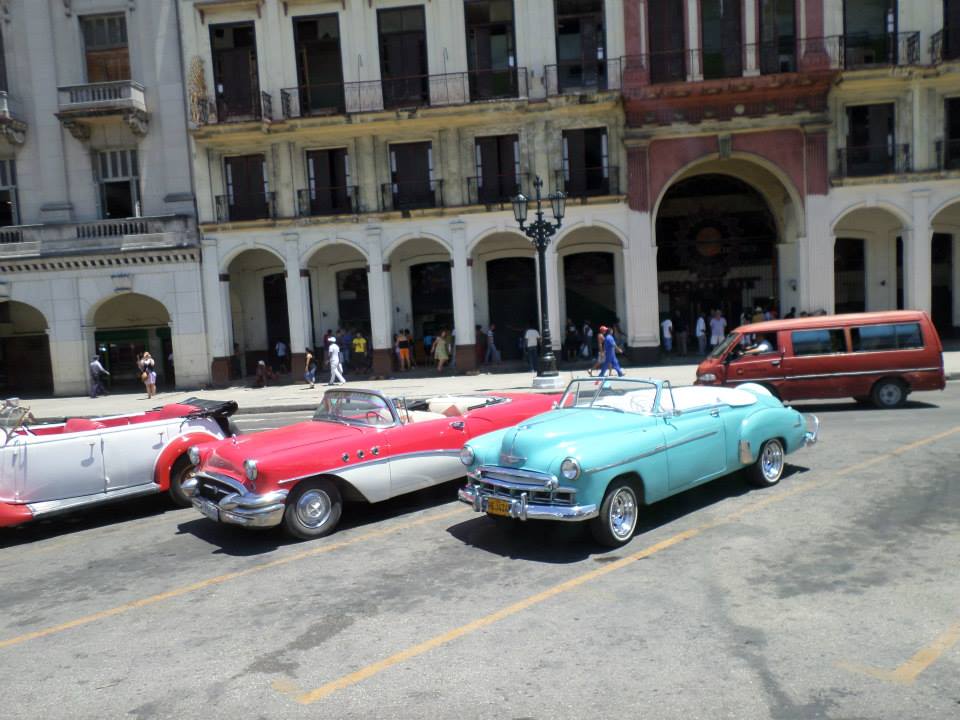 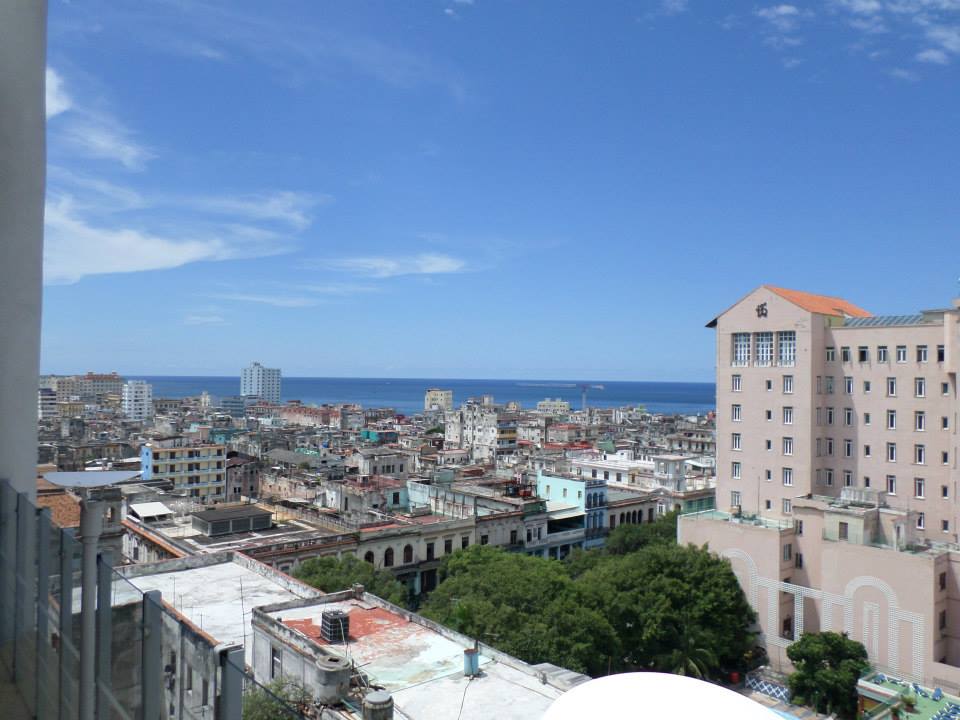 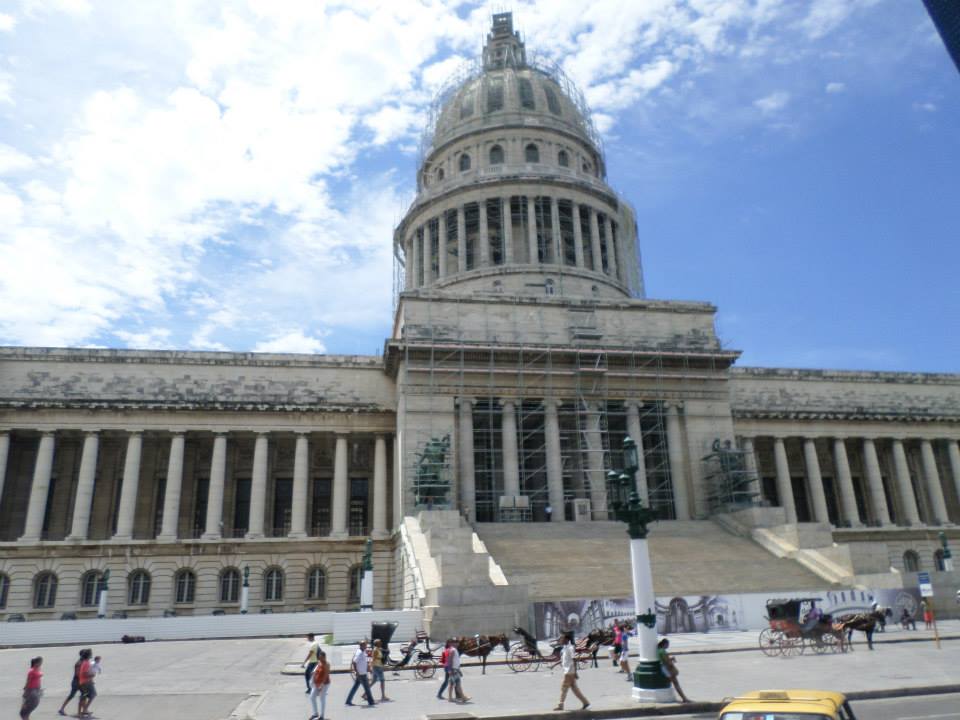 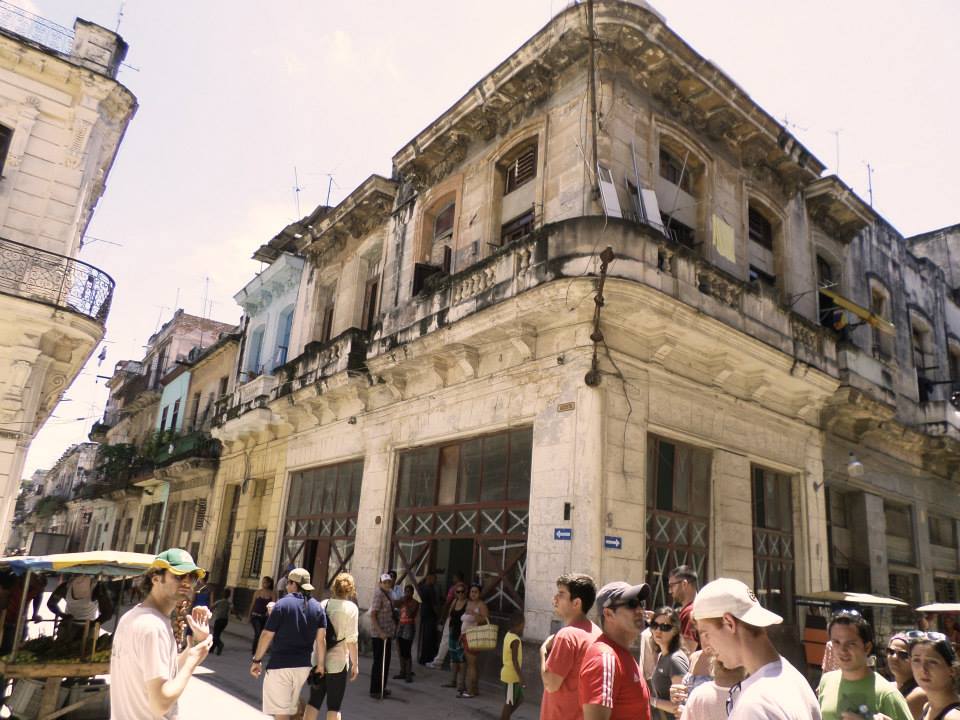 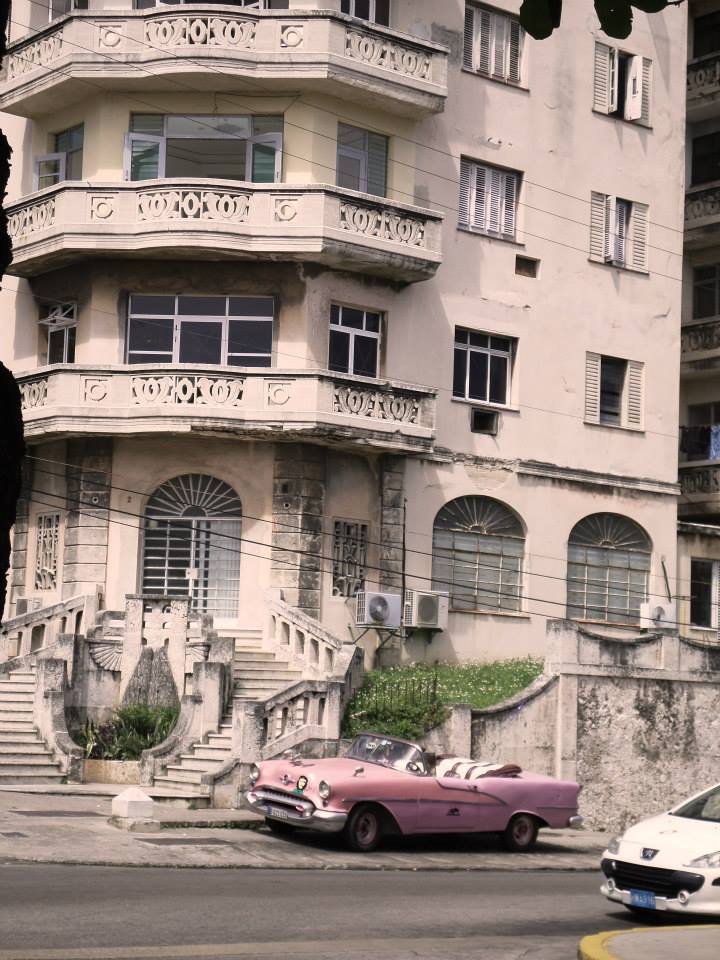 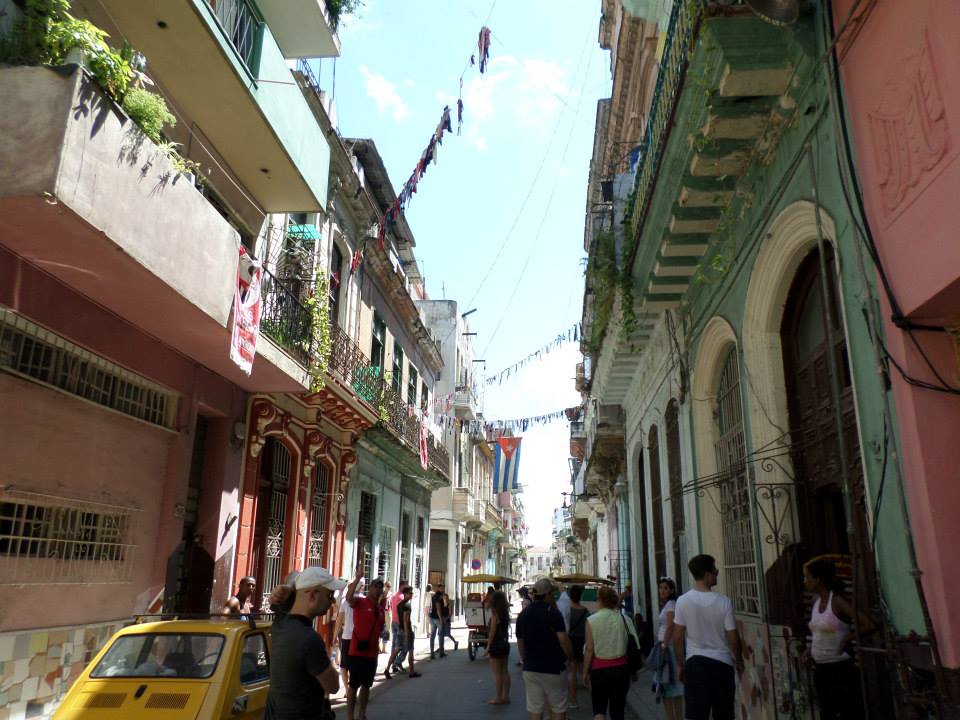 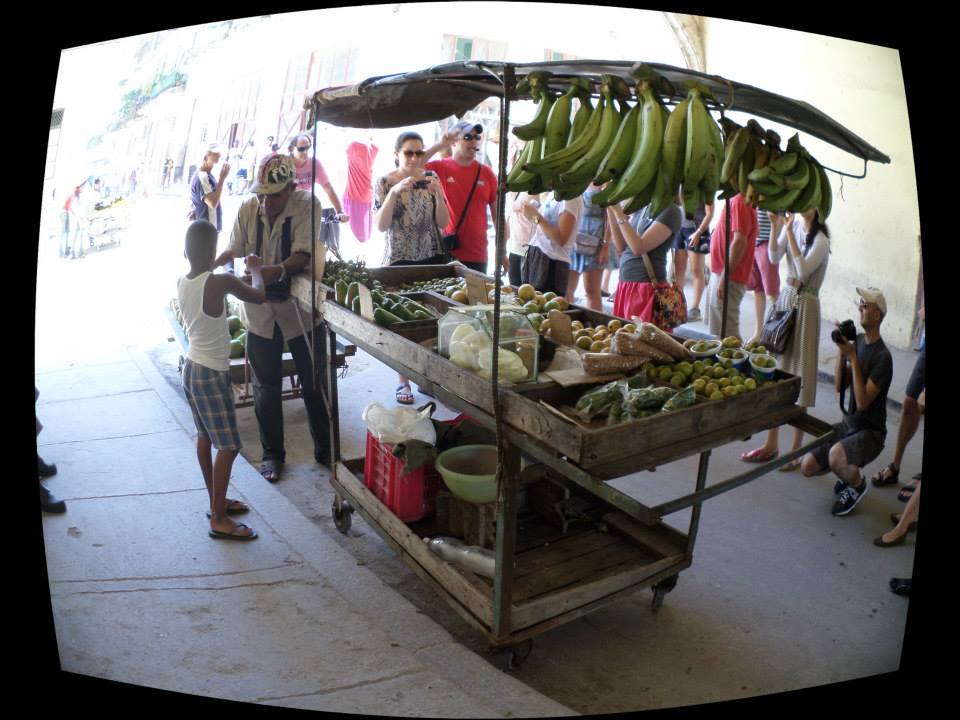 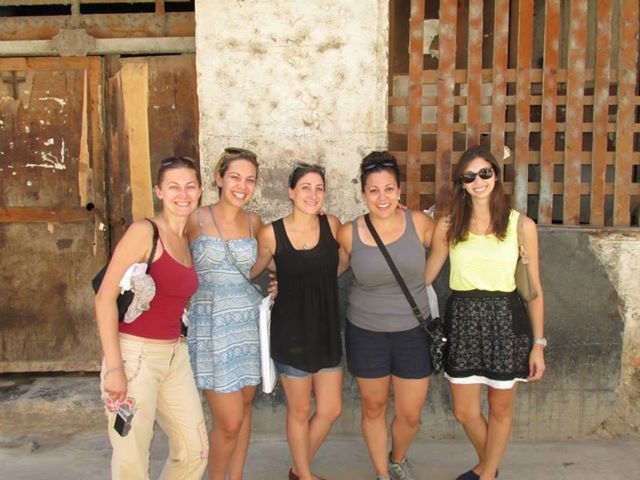 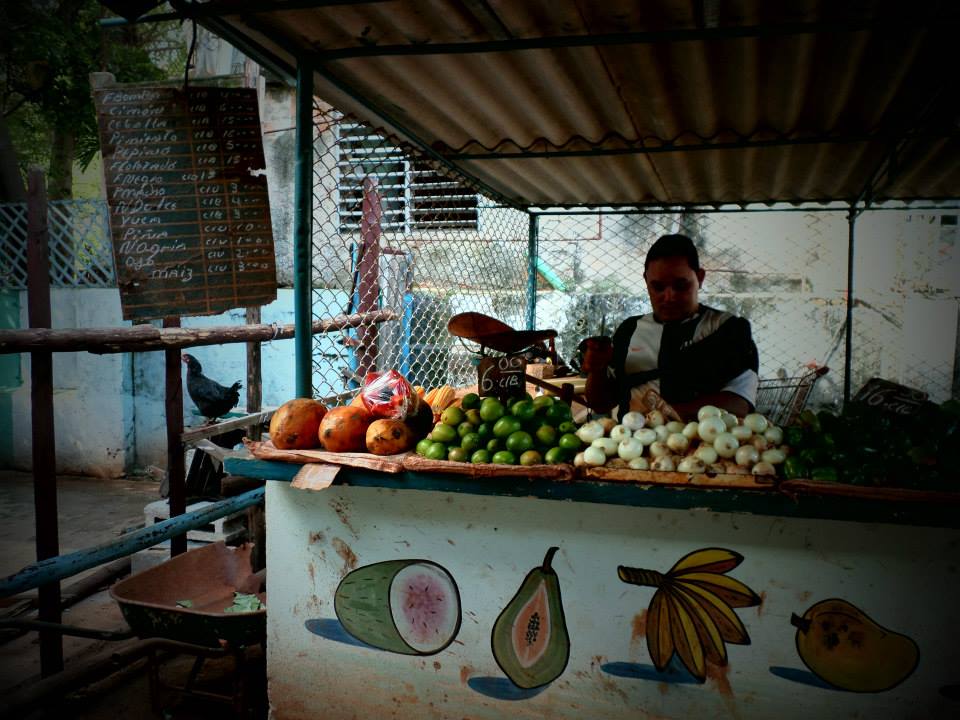 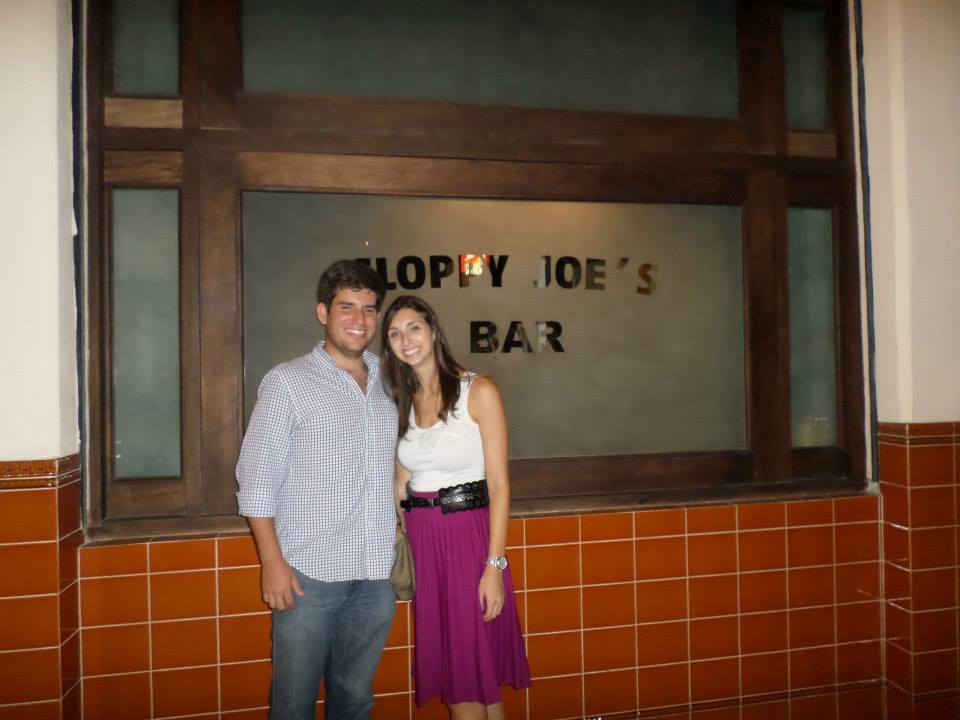 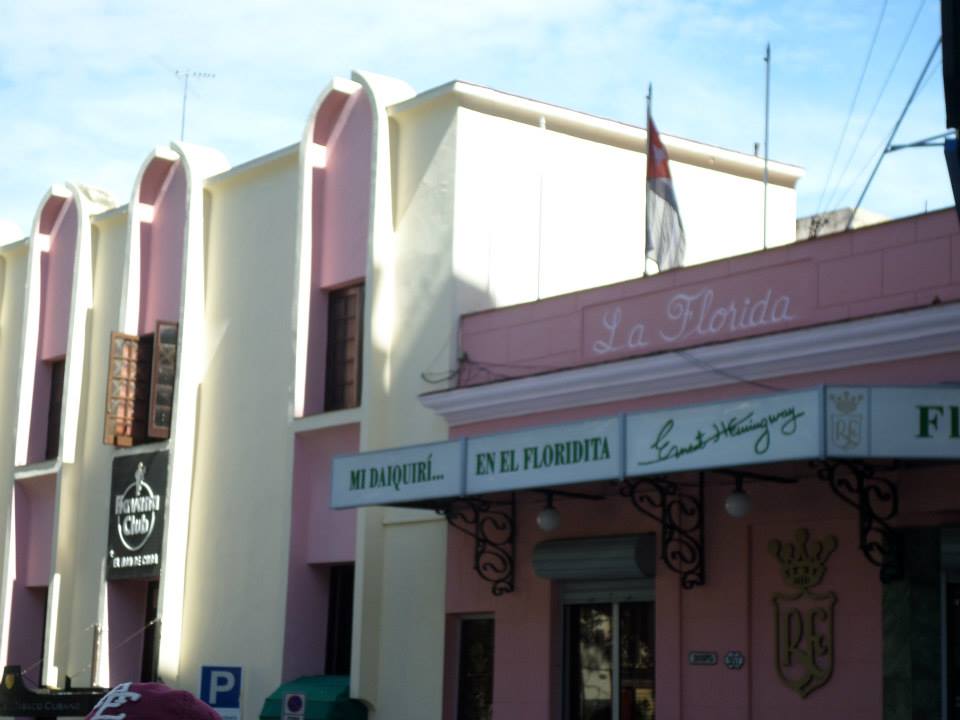 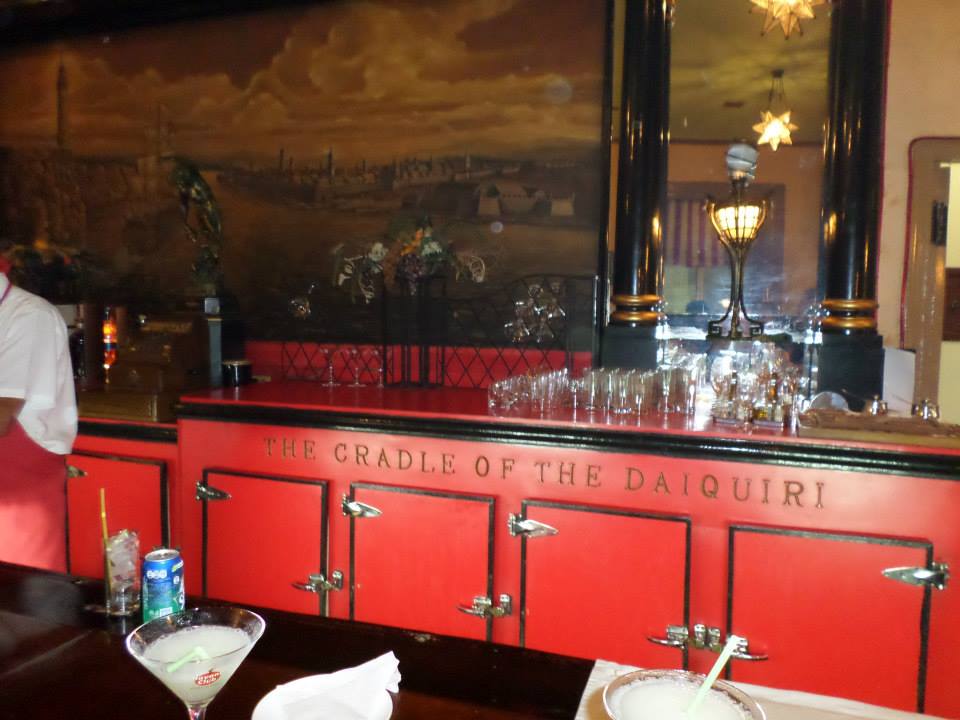 Old Havana and the square 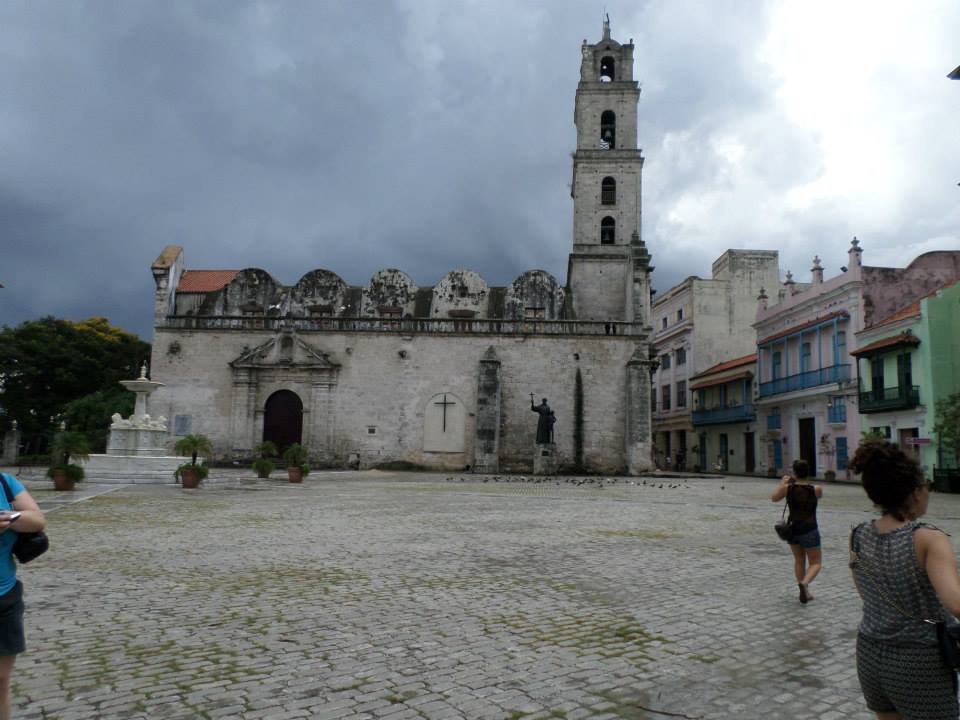 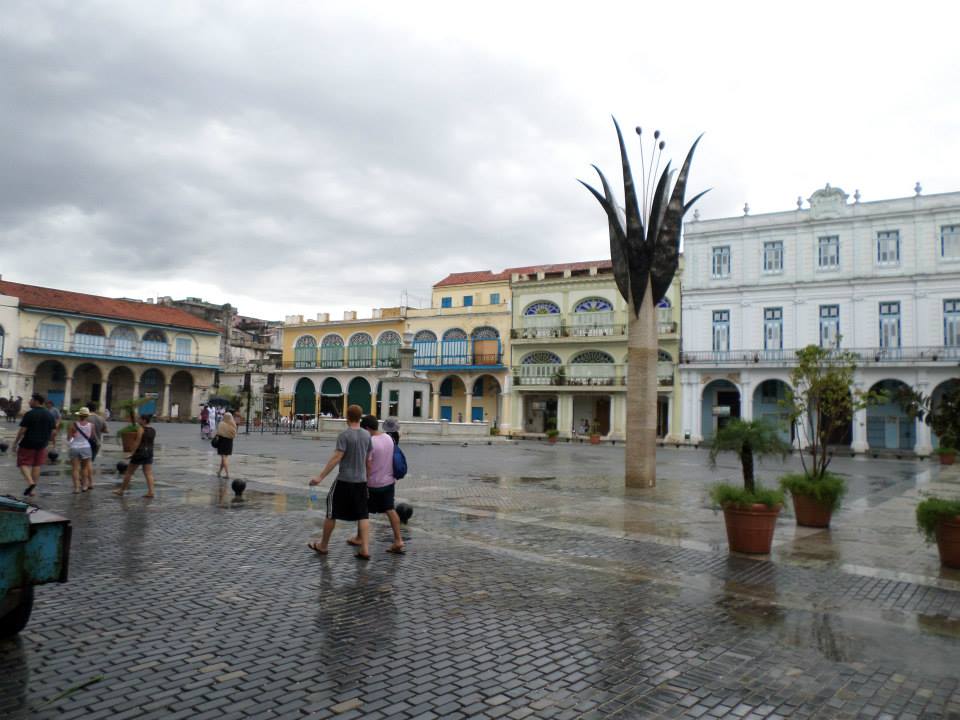 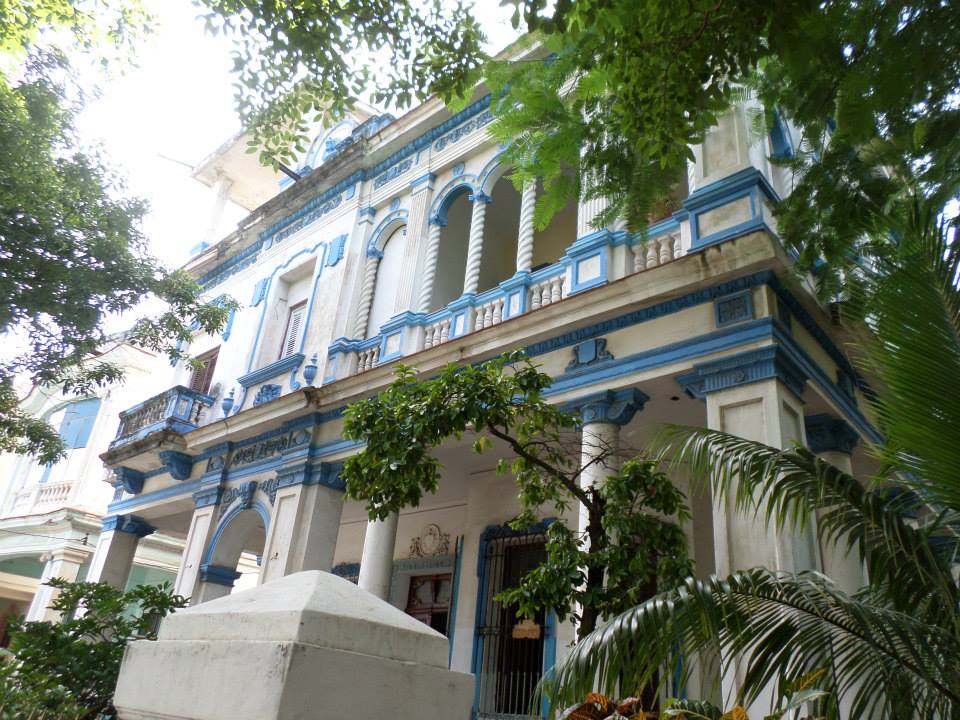 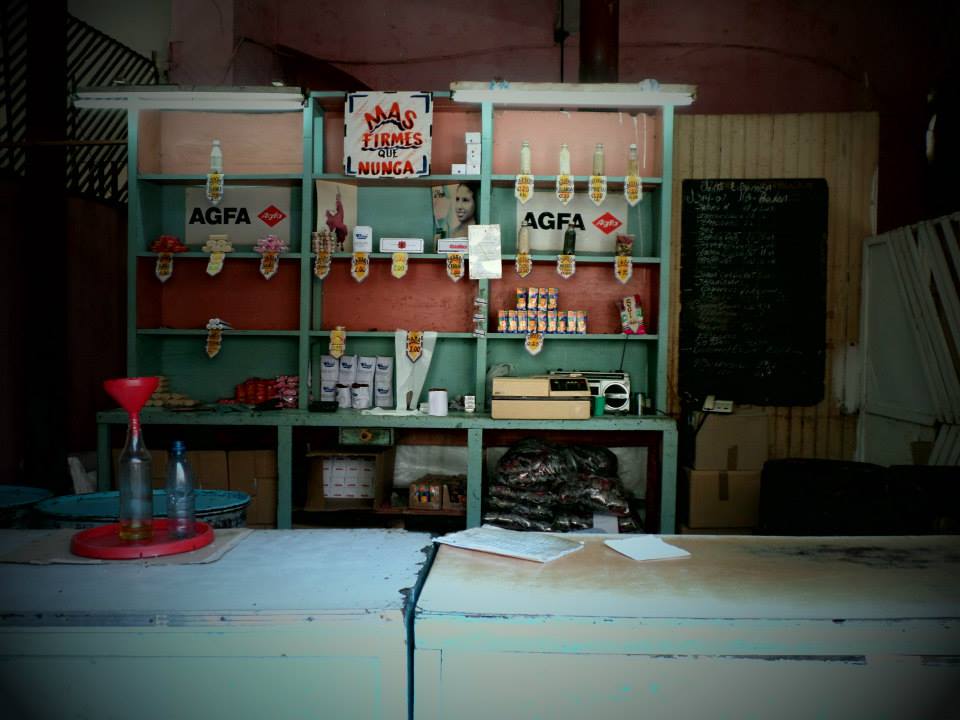 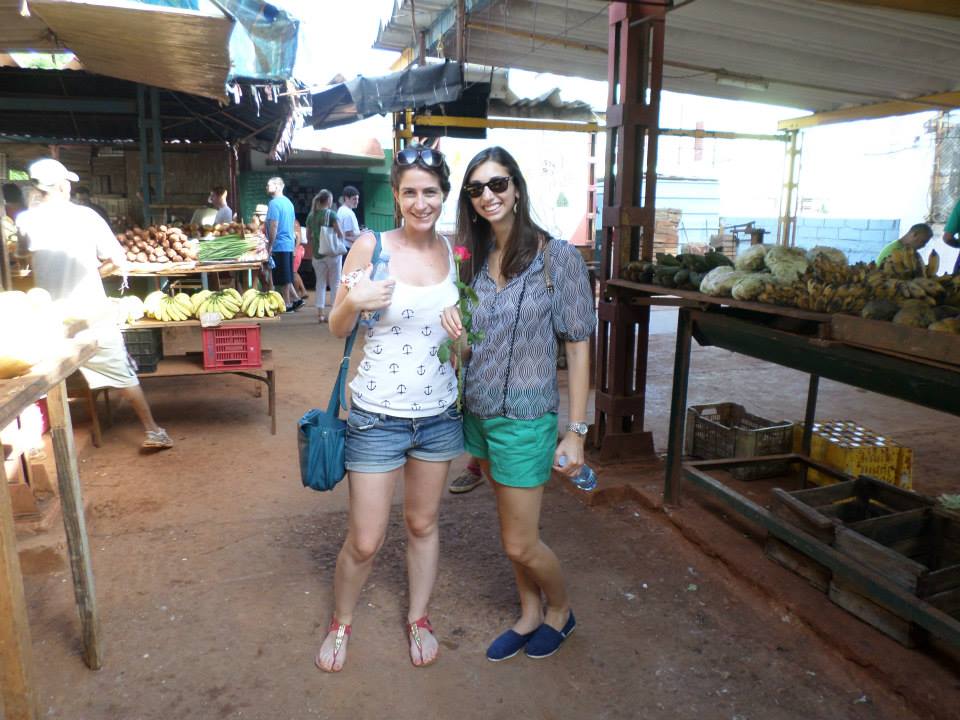 Jewish Cuba – The Cemetery, Synagogue, The JCC (Jewish Community Center) where the crowd gathered for Shabbat Dinner sang Happy Birthday to Elissa who was celebrating her 26th birthday there. 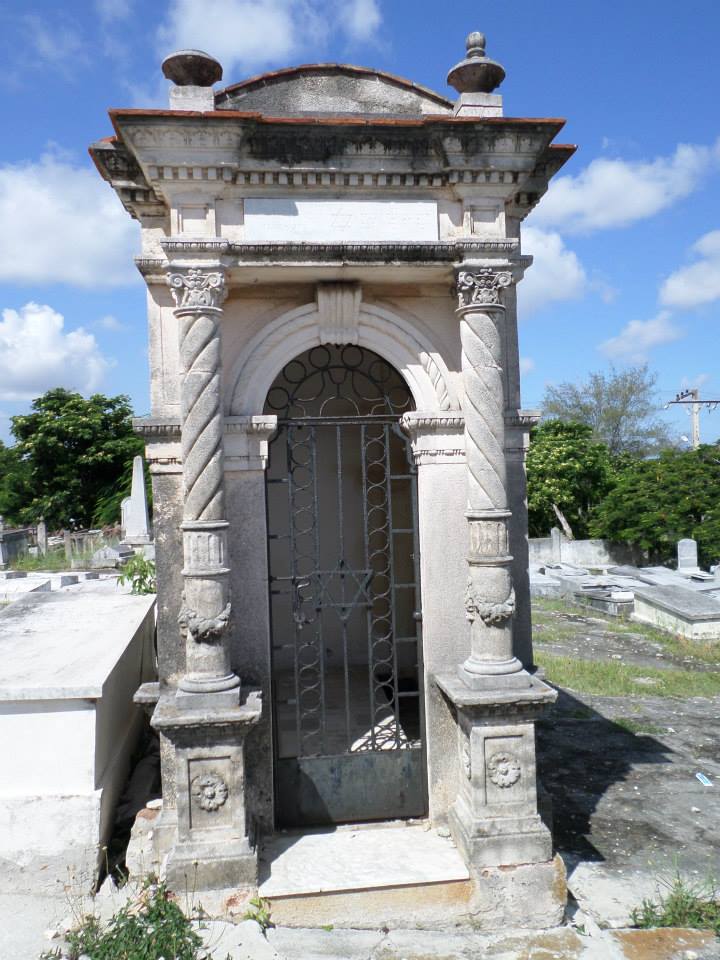 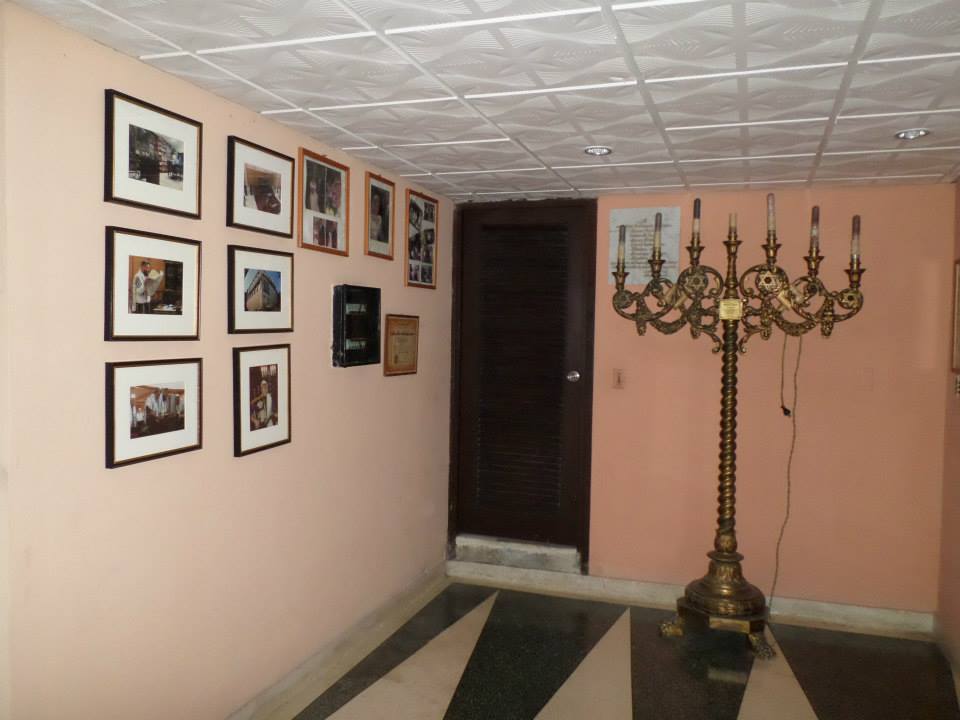 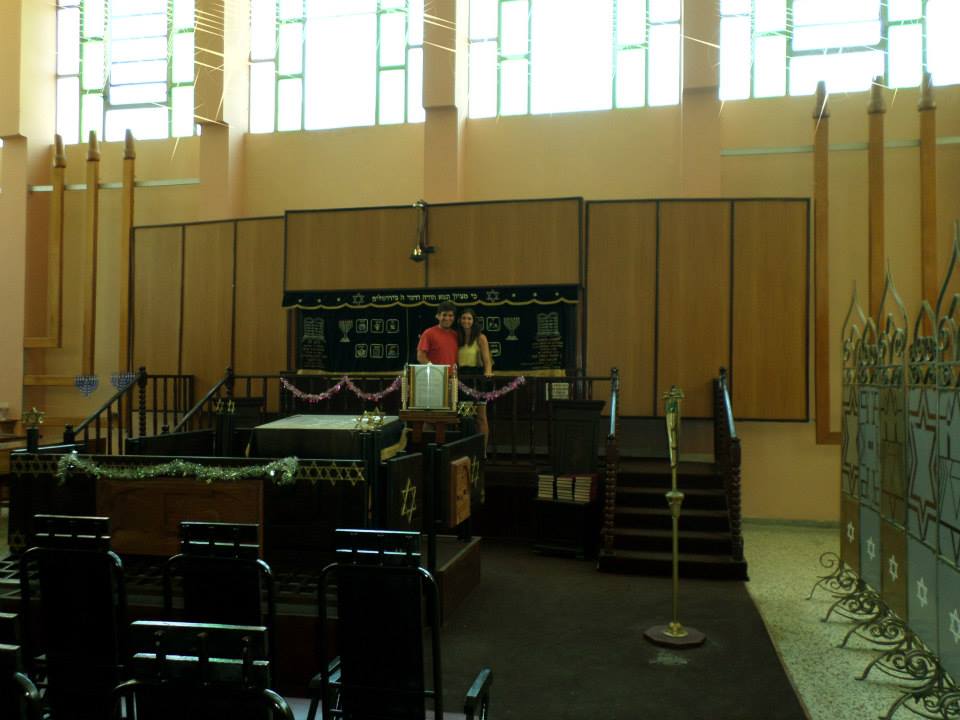 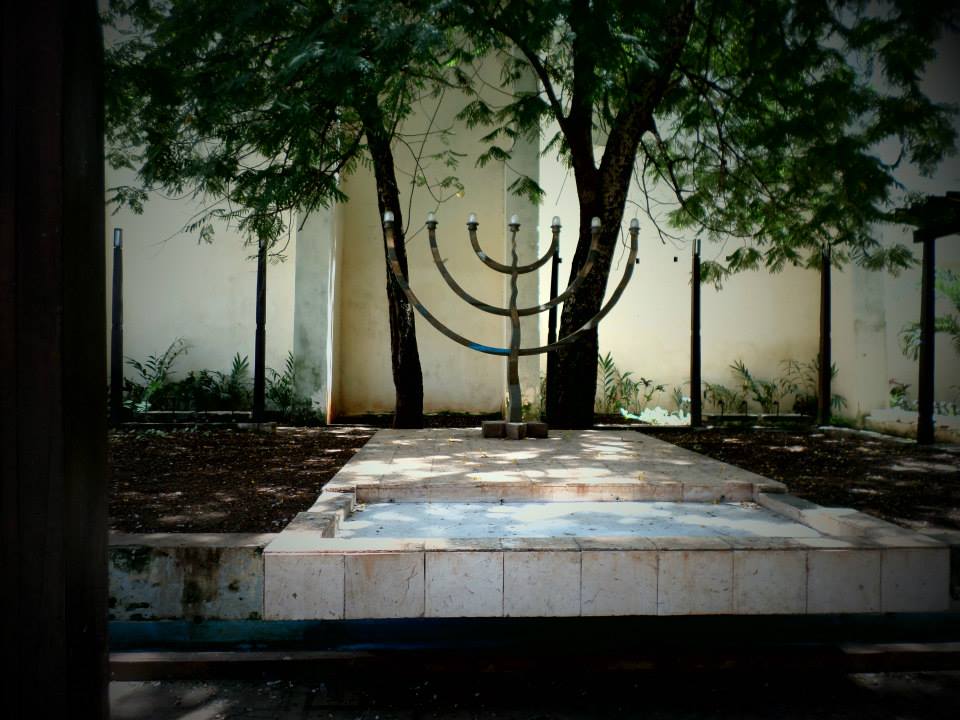 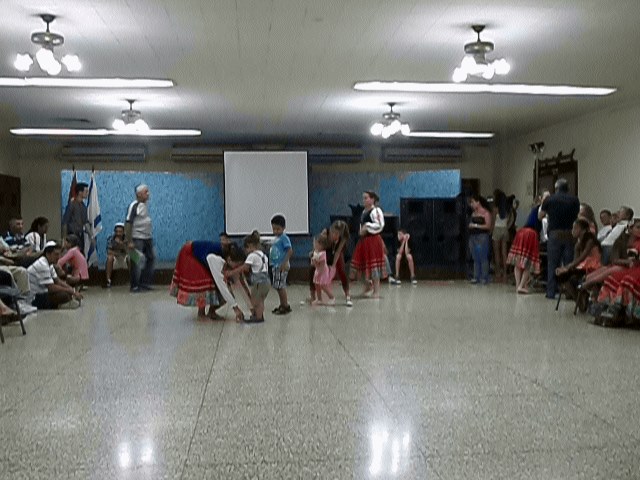 JCC above and below and then singing to Elissa 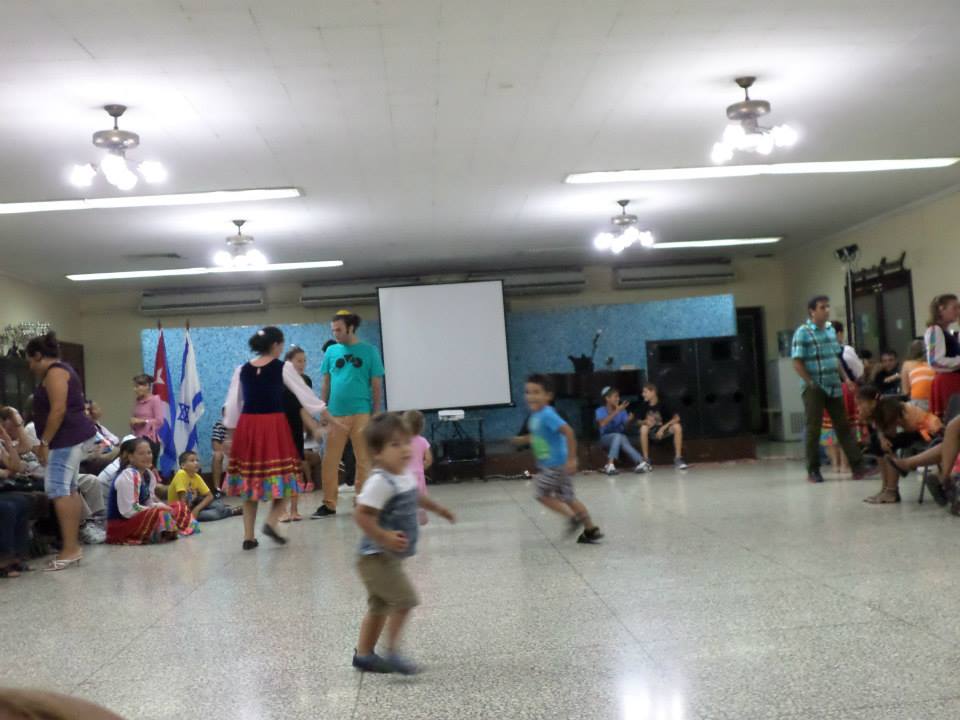 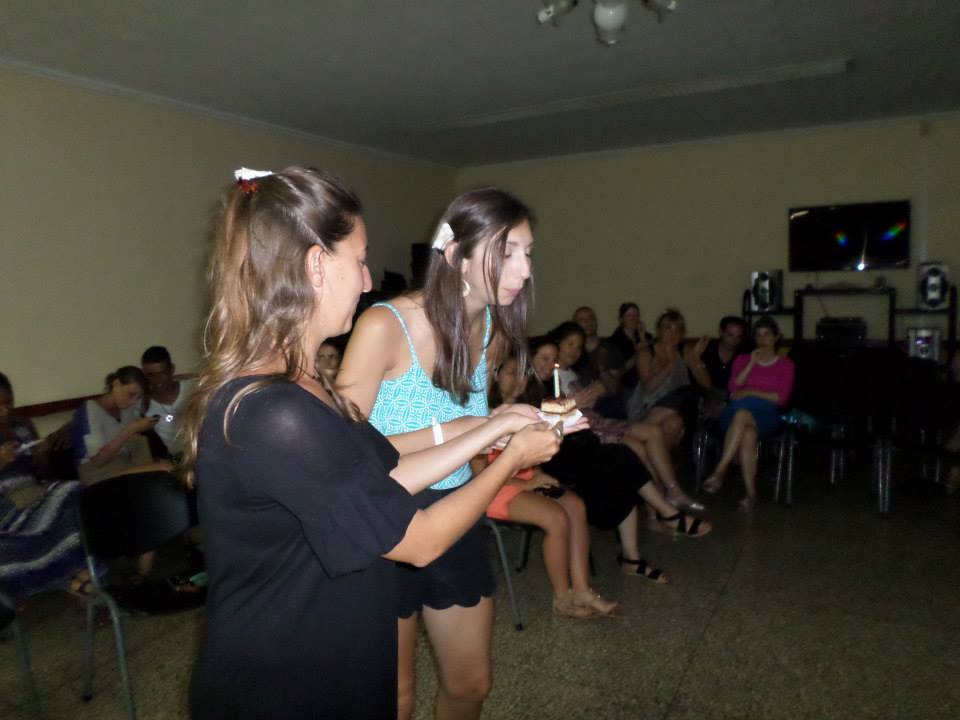 Finally below – modern Cuba – a new restaurant opened in 2010 with an infinity pool. 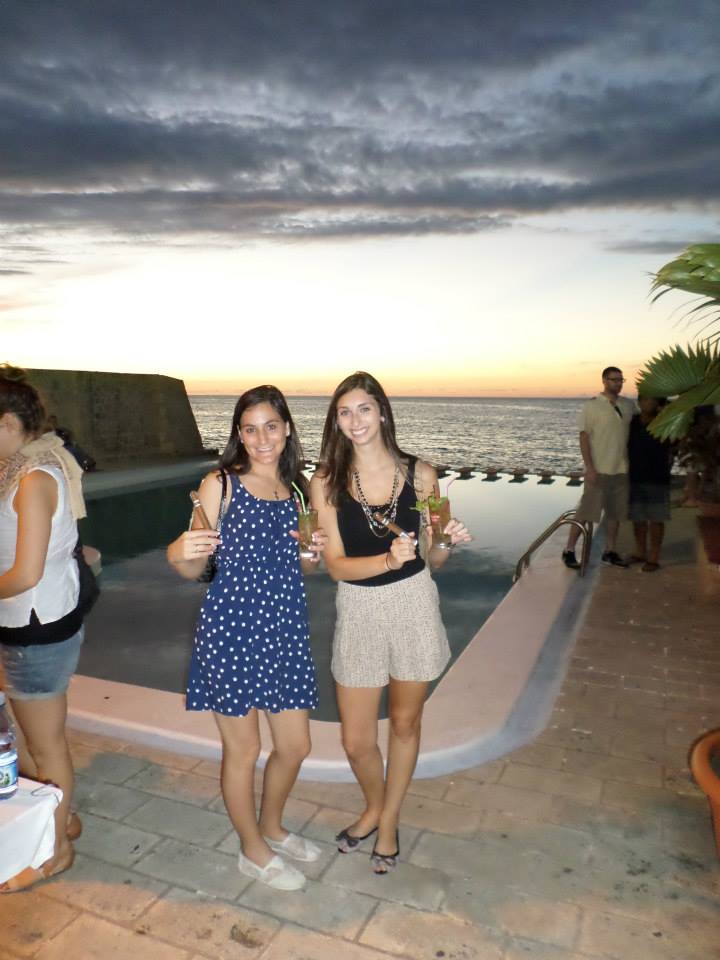