The Heartwarming Stories of Super Fans of the Monkees

I recently published a great, heart-tugging piece about a 63 year old woman who traveled alone from England, not once, not twice, but three times for her beloved Monkees. Read this story in the Huffington Post – it is really incredible.

Along the way of doing this story, I found out about a few other “super fans” of the Monkees, including two groups of women who came over from Japan, an Australian who has followed the Monkees on this entire US tour, and a woman from Egypt who is also following the Monkees around the US. Read more about these super fans below.

The first group of four women, all friends in Japan and equally fanatic Monkee fans, led by Misoro Hare, went to four shows in the US. There, they made friends and amazed fans with their custom made Monkee wear and their group name, “Red Maracas.” (that term comes from a Monkees episode where Davy Jones buys red maracas that have spy microfilm in them.) 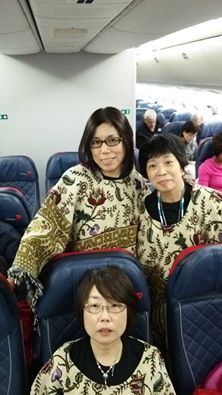 Their follow-up team Red Maracas, another foursome, came next, and at the Seattle show, something really magical happened. They did a dance to one of the hits off the Monkees’ latest album, Good Times, called “You Bring the Summer.” 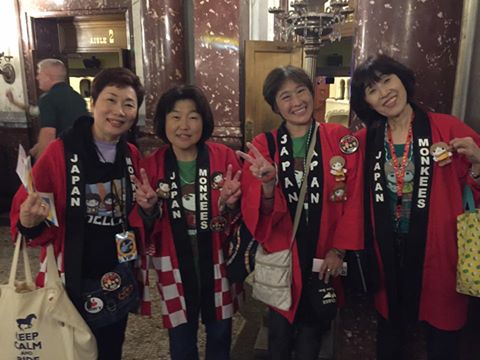 The Monkees saw the dance at a soundcheck and invited the women up on stage to perform their choreographed dance while they sang the song. Here is the video of this fantastic once-in-a-lifetime happening.

No one though, no one, has traveled more miles for a Monkees lifestyle (other than the Monkees themselves) than Darryl Newitt, 54, from Adelaide, Australia – a loyal fan and collector who bought VIP tickets and front row seats for every show, every tour, and purchases multiple copies of merchandise items.

And then there is Sarah El Ebiary, 33, from Cairo, Egypt, a former lawyer for Rhino and lifelong Monkees fan, who traveled to the US for many shows.

Clearly there is something very magical about a group that can inspire this kind of long-term loyalty and fanaticism. Give credit to the Monkees for keeping that magic alive for fifty years now.