How to Make An Old Lady’s Day

I spoke a few months ago about celebrating my 59th birthday and what the looming “60” and becoming a senior citizen felt like to a person who is chronologically old, but feels internally like a teenager. (Me)

This is how old I am – I used to be able to go and go and go – in terms of exercise and physical activity. I was the original human Energizer Bunny.  My friends were regaling me with their aches, pains, cortisone shots, possible surgery and though I listened with a sympathetic ear, I could NOT relate.

Now, I go to my summer retreat, my beloved Margate, where I delve into outdoor daily activity of multiple sorts when all of a sudden in the first week there of a 38 day vacation, I can’t move my head or neck. Being healthy and not having any recent injuries, I assumed I just slept funny on it. Then I remembered I missed a step off a curb, as the pain increased and my head felt locked to the right side. Talk about a pain in the neck! On vacation no less!

Off to a chiropractor and masseuse I went, because of COURSE this would all be fixed and I would be living my vacation as a youthful active overgrown teenager once again.

Wrong. After three treatments, I was in excruciating pain, not sleeping at night, and finding it painful to sleep – laying down or sitting was out of the question. Plus my head was now sunken down into my chest as my neck seemed to disappear. I finally caught on that this was something major.

I got x-rays and sure enough, I herniated a disc in my neck, possibly TWO discs.  At this point, the pain was severely affecting my shoulder and arm and radiating through nerve endings down to my wrist. (shooting daggers of pain)  I had to lift my arm over my head for relief. It felt like my head weighed 200 pounds. (NOTE: Nerve ending pain is the killer for disc problems as I found out personally and from two friends currently experiencing this. The radiating pain from nerve endings is what brings tears to your eyes – think a tooth with a root or nerve ending exposed. At some points I felt like my shoulder had separated from my body and was hanging off, causing me to want a sling. All due to the nerve endings.)

I switched doctors, got cold laser treatments and started to mend. But it curtailed the dancing, biking and endless physical activity and I had to get daily treatments. Sleeping a full night was out of the question.

Making the best of things as I usually do, I thought how great it was that because I couldn’t sleep, my days there would seem longer. I also woke up (whether 4 am or whenever) thinking how lucky I was that I had to spend a day, even injured, with gorgeous scenery. It was comforting knowing I could rest and not have to think about work, just treatment and relaxation. But it was a real downer when I had to say goodnight to people way before my normal time because my head would sink into my chest and start hurting.

Then I saw photos of myself on vacation – before the herniation and after. And I thought how awful I looked with practically no neck, a large tube-like bulge near my neckline, instead of my usual long neck.

I was feeling old and abused, hurting and ugly. Very unlike this teenager in me.

Then I went to a reunion. Granted this was at the end of the stay when I was nearly cured.

A guy I had never met before tried his best to pick me up while I was wandering around looking for people, calling me gorgeous. Needless to say, after feeling like a hunchback reject for weeks, this was refreshing and just what the doctor should have ordered.

But wait, it gets better.

Before I flashed my wedding band, I started chatting and we talked about where we grew up and where we went to High School. We went to different high schools but this is the kicker. He told me that he wouldn’t have known me anyway even if I went to his high school because I was obviously much younger than him. Huh? I then asked what year he graduated and it was one year AFTER me. When I informed him that I was an older woman, he refused to believe it and said to his friend, “Didn’t you think she was about ten years younger than us?”

Ten years younger??? Was he for real? If he was, he made this old lady’s day, week, month and possibly year after feeling like Quasimodo for weeks.

Anyway, I flashed the wedding ring, told him he made this old lady’s day, and moved back among the crowd.

Post Script: I am back home, still getting treatment, but 90% healed! Thanks Dr. Greenberg of Margate, NJ. 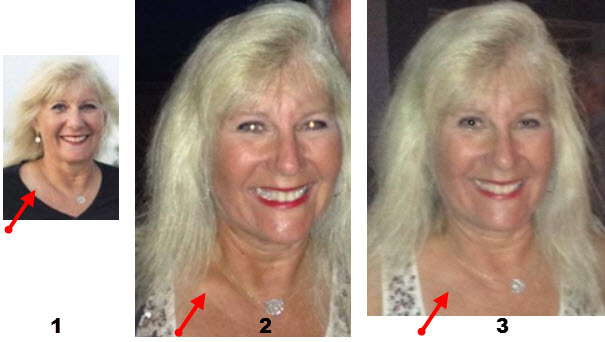