The Importance of Oral/Dental Health as We Age

I have spent my entire adult life paying dearly for my current state of dental health. (It is actually stable right now, and looking good, but read on about what it took to get me there.)

I grew up in an era of penny candies such as jaw breakers, bit-o-honey, mary-janes, taffy, and pixie stix that were the kiss of death for my poor teeth.

It’s true that some ate all that stuff as a kid and still did not suffer my dental fate (my husband for example) but I have had to have more root canals and crowns than any five people I know. I get it from my dad’s side- he currently wears dentures, and yet I am avoiding that fate by taking rigorous care of all dental issues quickly and aggressively these days.

In my childhood, I brushed twice a day, and never flossed. This was the era before devices such as water picks, and those specialized dental toothpicks and flossers. I can only imagine what was left between my teeth and on my teeth after a day of eating those awful teeth-murdering candies.

Since I knew our family history and my probable teeth fate, I pledged to do whatever it took to keep my pearly whites into old age. It is so important to keep your teeth going into old age as dentures should be avoided at all costs. Also, smiles are so important as it is a person’s first impression of you.

I spent thousands of dollars on implants, (requiring surgery, and loads of time – this is something we should all avoid, but for my teeth whose roots died, I had no choice – I have three implants.) bonding, (Bonding is the dental version of waterboarding torture if you have never had this experience) crowns, root canals, re-done root canals; (sometimes disease was left at the very tip of the root causing a new procedure after a few years) and I now have a meticulous care routine that I follow to keep my teeth healthy as possible. (Which will be discussed in a later paragraph as it is a little nutsy.)

As if it wasn’t bad enough to have lifelong teeth issues (beginning by the way with BUCK TEETH requiring the sixties version of braces that were huge metal bands wrapped around teeth and razor sharp wire holders) — I have also had some gum issues.

My oral surgeon explained that some of my gum issues are genetic – thanks Nisson side – and some are caused by over-rigorous brushing. (Overcompensating for previous non-rigorous brushing during my youth for sure.) I have had three gum surgeries as my gums separated from my tooth top and had to be re-attached. They do this by scraping tissue off the roof of your mouth to put on your gum. If you are thinking ouchie right now, you would be correct. It is pure torture recovering from that, and I have done it three times. My last surgeon was against Valium and Nitrous Oxide and the surgery was as painful as could be as I was numb but tense from the sounds and pressure of scraping tissue off the roof of my mouth- my back was arched and my fists were clenched in tenseness the entire time. (Next gum surgery, Nitrous will be a requirement beforehand, if that ever comes to be.) Afterwards, I would have Smoothies and Milk Shakes for meals for weeks (oh and mashed potatoes and bananas.) And no, I have not returned to the torture surgeon, in case you are wondering.

Now for years, I went to the dentist twice a year for check ups, and I have rotated through a fair amount of dentists as my insurance has changed over the years and I never really fell in love with any of them. I recently hit upon a genius one who I think will be a keeper, no matter what the insurance.

I went to my new dentist recently for an issue, and thought he was going to have to re-crown a bunch of teeth, or give me bad news on my gums.

Instead, I gratefully got such FANTASTIC news that my small issue was a quick and painless fix and my gums are all doing well. I wanted to kiss him. (This was after both panoramic and regular x-rays taken so he could be sure.) He also complimented me on my meticulous care, as he could see that when he looked in my mouth.

I know when people see me smile, they have no clue as to what I have been through in dental work and torture through the years. They see my beautiful pearly whites and probably would never guess at the history, or what I go through on my daily routine to keep them that way. I know others might not go to the trouble I have, and would just accept a denture fate. Not me. 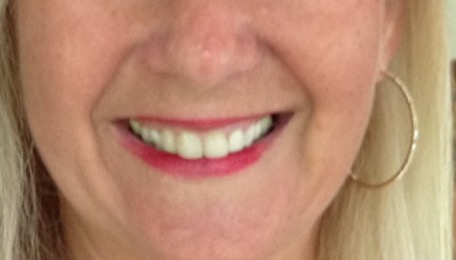 Now is the part that may seem weird. My daily/weekly care includes things that I have read on the internet for helping with dental health. I don’t know if any of it is true but I now religiously do things that I at least imagine (even if not true) is helping me care for my delicate and fragile set of choppers.

I swish with aloe juice once a day to inhibit plaque from forming. I then once a month or twice a month, swish for a full five minutes with coconut oil (called “pulling” and an old fashioned remedy for oral infections) as it has supposed antibiotic properties. I also rinse with peroxide once or twice a month. This is aside from brushing with a super cleaner mechanical brush, and a water pick flosser. In between, after meals, if needed, I use dental tooth picks. I have only become neurotic with my care based on the above history, but I have to say my past four years have been good to me teeth-wise, so it must be working. I only wish I was as proactive and knowledgeable in the past.

In the past I have blogged about these dental issues and my recurring dream of all my teeth crumbling out of my mouth. Guess what, not only did I get a recent bill of good health, I have not had that dream in several years. So something is finally working for me. And in case you are wondering. I would not eat a mary-jane or taffy now if you paid me, but I do indulge in candy (and licorice) more than I should.

Here’s another closeup of my smile, taken a few months ago. 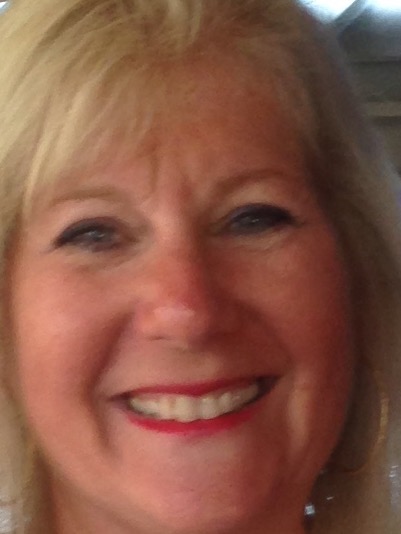