Meeting My Tween Idols The Monkees with Photos 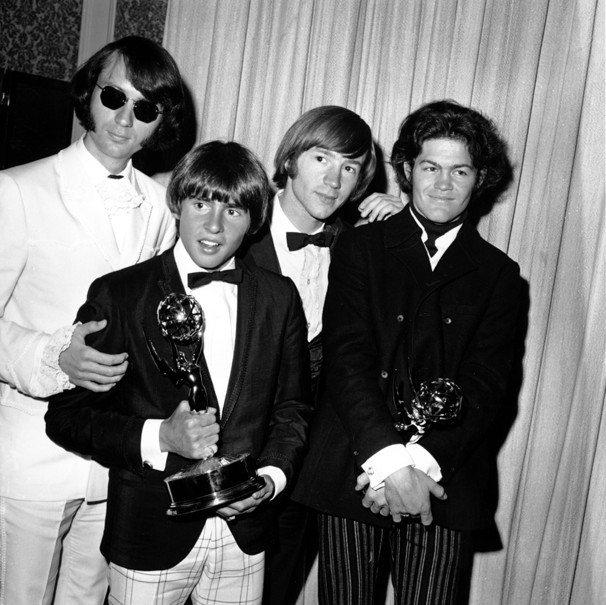 Update 2013: I am about to see the Monkees once again as they will be in Houston tomorrow August 1.  I swore when Davy Jones died that I would not see them anymore, even though I have doggedly stalked them at every opportunity as an adult. Now Mike Nesmith has come out of retirement, and since I have NEVER seen them perform as an adult with him in the group, I decided to break my vow. I am used to seeing three out of four Monkees but I am so sad that this time it will be without Davy (RIP). Got third row center tickets directly from the box office last week – the tickets miraculously just opened up after I told her I was a member of the Press. (gotta use that more often.) I hear they are doing a big tribute to Davy so that is another reason to see them.

Now I just need a photo with Mike Nesmith. I will be close enough, but alas, no cameras allowed.

The Monkees followed the Beatles in my absolute idolization. I was a mere 8 when the Beatles first appeared so the obsession wasn’t severe – versus the 11 year old tween in me when the Monkees appeared. I loved pop music and the Monkees actually had great music, even though they were created for a TV show and never quite taken seriously by the music world. With Neil Diamond, Carole King and Boyce and Hart (not to mention Mike Nesmith himself who also wrote Different Drum – Linda Ronstadt’s first hit) writing their tunes, even my father encouraged my passion and bought me all their albums, allowing me to play them on the “big” stereo in the living room.

BACK to the Blog that details my close encounters with the real Monkees (with Photos) that was published a while back.

It was the fall of 1966 when the Monkees hit television and the national obsession with them began. I was all of 11 years old. Now  of course there is a word to describe that era of life as “tweens.” The newest tween idol is Justin Beiber though a different one develops just about every year. In fact one time when I watched the View, they split the screen and showed the similarities of how Davy – my absolute total love at age 11, and Justin Beiber look very similar. One degree of separation from those teen idols, I’ll tell you.

In fact, the mere mention of the Monkees still transports me back to that idolizing, obsessing, no holds barred worship I had for them. (Do we ever lose that part of us?)

This group accounted for major trauma in my youth when they came to my then hometown for a concert and I was not allowed to go, because much of my childhood hope for two straight years  sprang from the promise of their theme song lyrics, “So you better be ready, we may be coming to your town.”

This trauma of being shut out of their concert as a tween was somewhat healed for me years later as an adult, see photos below, when I got to personally meet THREE of the four original Monkees. THANK YOU Writing Career.

I spent an evening with Micky Dolenz when I covered entertainment for a local newspaper and he was touring in Grease. There was a press event, and as I circulated, out of the corner of my eye I saw the then single Micky Dolenz striding up to me. Since I had my press persona on, I had to remain cool and collected, as I extended my hand to him when he walked up and introduced himself as “Hi, I am Micky Dolenz.” (As IF he needed any introduction!!)  I said “How do you do, or so nice to meet you,” and we cordially chatted for a while.

I honestly think he thought I had no idea of his previous Monkeedom by the way he introduced himself and talked about his role in Grease and flirted with me, (and I never let on) yet internally, my thoughts as I spoke to him (without giving an inkling of the tween hormones running amok in my body) ran along the lines of:

“OMG, it is Micky Dolenz, talking and flirting with me. I think I might faint! Is he really interested that in me or is he being so nice because of my press status? OMG, I am dying here –how can this be happening to my eleven year old Dork Self? OMG.”

I was internally having a teenage nervous breakdown. It was an out of body experience where you kind of observe yourself being the adult you are today, but emotionally going back in time.

After chatting a bit, Micky asked very politely if I wanted to get together after the press party. He hinted about some “monkeying” around. Since I was married, I politely turned him down. He looked disappointed, but I was able to get our photographer to snap a photo of us. See below: 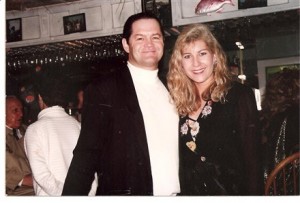 I met Peter Tork when the Monkees (Threesome – Davy, Micky and Peter) were playing in Vegas and I was there with my husband and another couple having a getaway. We stayed at the hotel the Monkees Reunion Show was playing at, during the mid-80’s, and I spied him in a part of the hotel as I was going out to the pool. Peter was not nearly as happy as I was to meet him, but he smiled politely for the photo below. Oh, I was never a fan of Peter anyway – no bonding whatsoever – although he looked quite good. It is amazing this photo is as sweet as it is considering how off guard he was to bump into a fan. Still, his arm is securely around my waist, a big thrill at the time. (Note that detail in photo below) 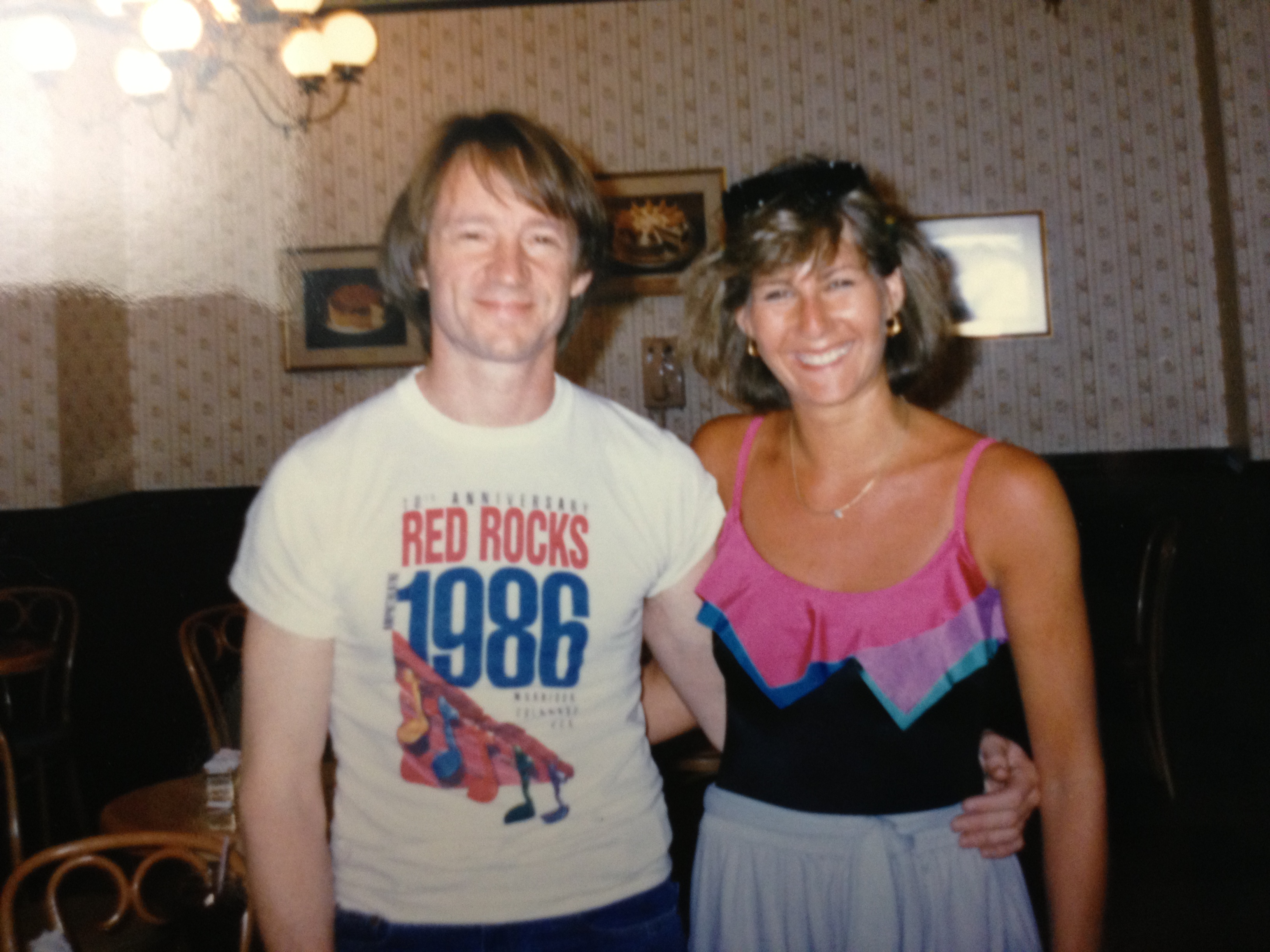 But Davy, Davy, Davy. What can I say? One of the highlights of my eleven-year-old self- transported into my early 30’s, was that same Vegas vacation where Davy’s young daughter Jessica was playing in the pool and I went in and befriended her. He chatted with me briefly then. Sigh. (cue again the internal emotions of an 11 year old) 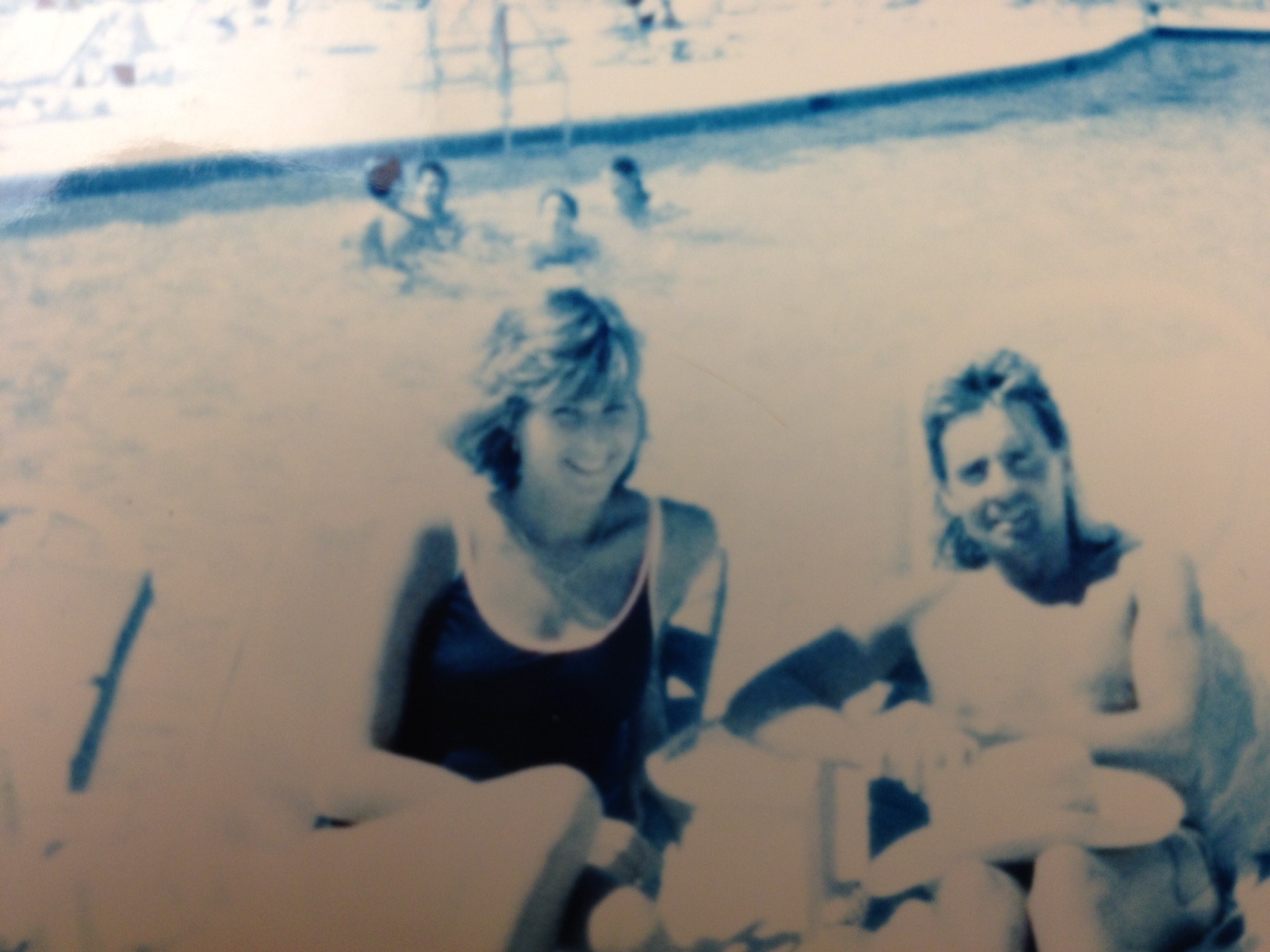 Micky was friendly then too, but very married. No pick up attempt. I caught him off the tennis courts. 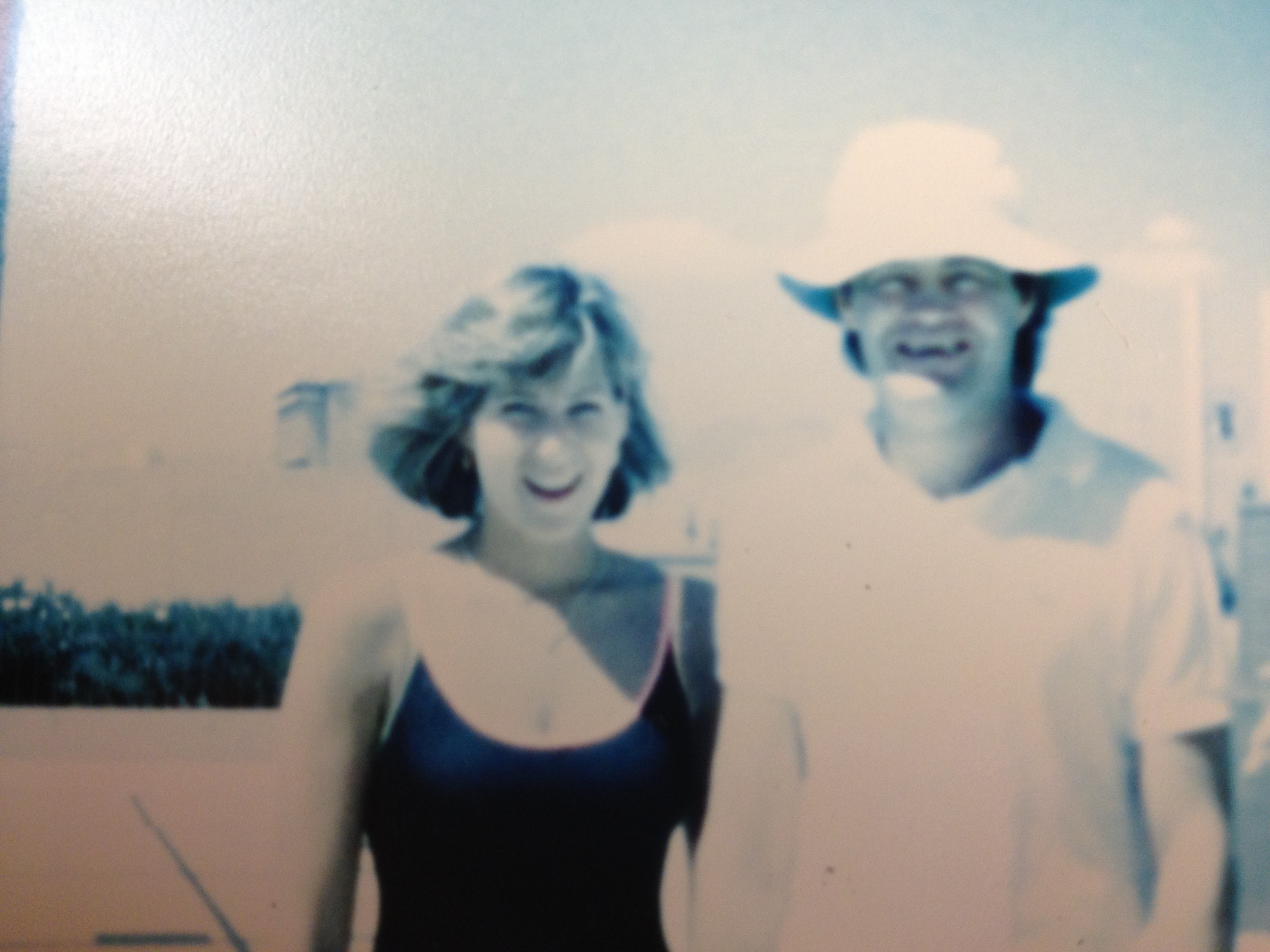 I had the opportunity to get to know Davy on a much more personal level when he came to Houston on a fundraiser and I wrote publicity for it. And yes, he was every bit as nice as he always appeared in media. Not only did I spend an afternoon with him, I brought my family, and he bonded with all of us. We took dozens of photos, with him and with all of us, and especially Davy and my son Brett, who he was teasing and putting a tie on.  Davy had four daughters so he really appreciated my little guy, who was an enthusiastic Davy Jones and Monkees fan due to their constant MTV reruns in the 80’s. See photo below. 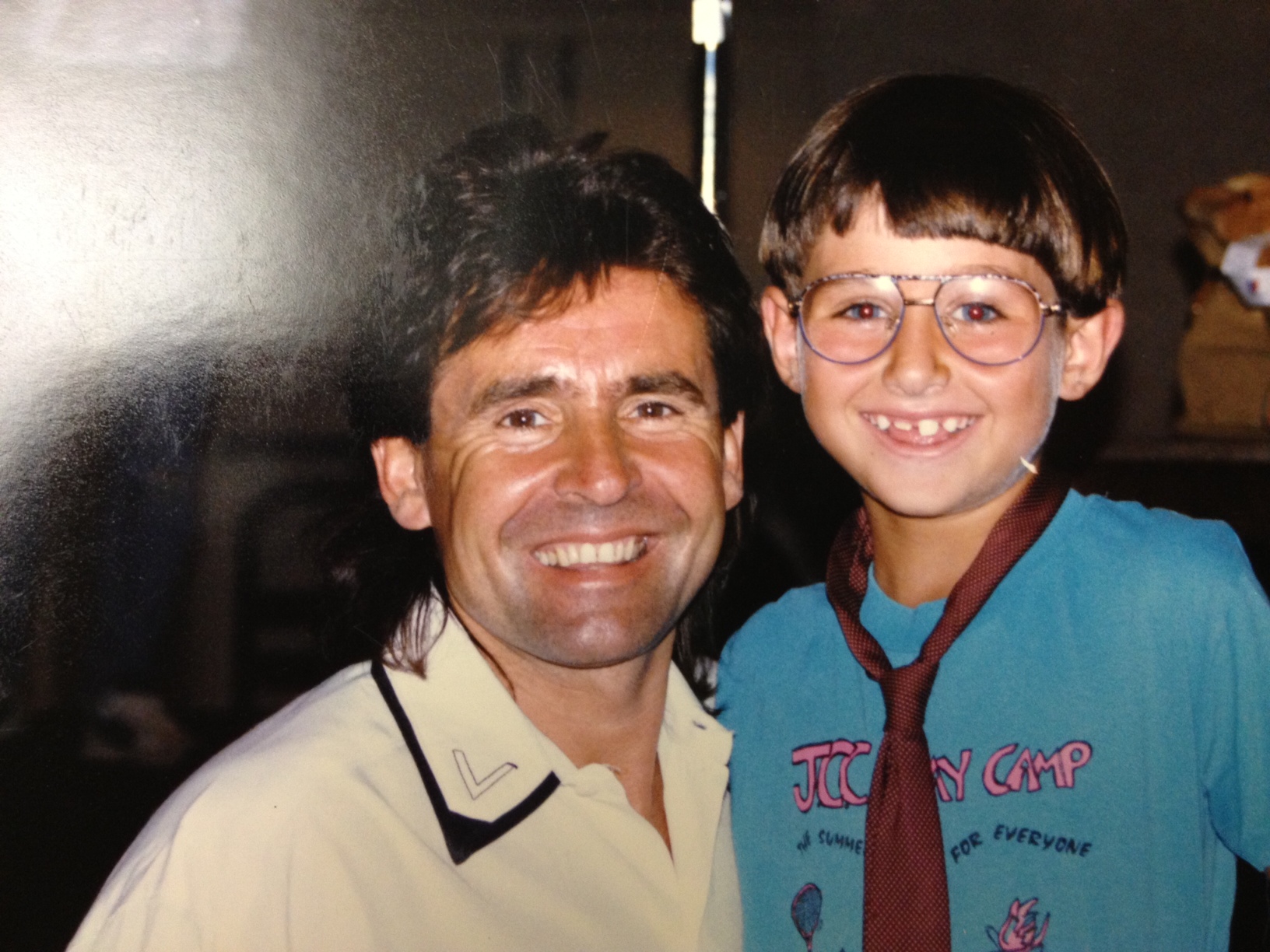 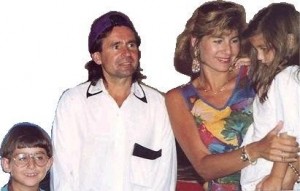 So now I have had close encounters with all of them except Mike Nesmith who got rich from his mom who invented Liquid Paper and ditched the Monkees forever since the late 60’s. Isn’t life grand?

UPDATE: Davy sadly has passed away, and Mike started touring with the Monkees again in 2012/13. I got to see them perform, and finally got my photos with Mike Nesmith. (the only way I could get them.) 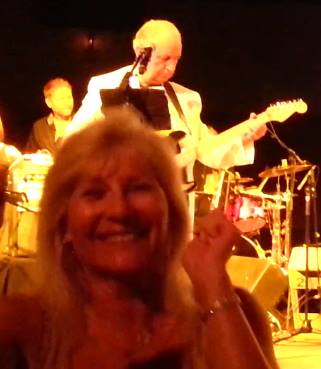 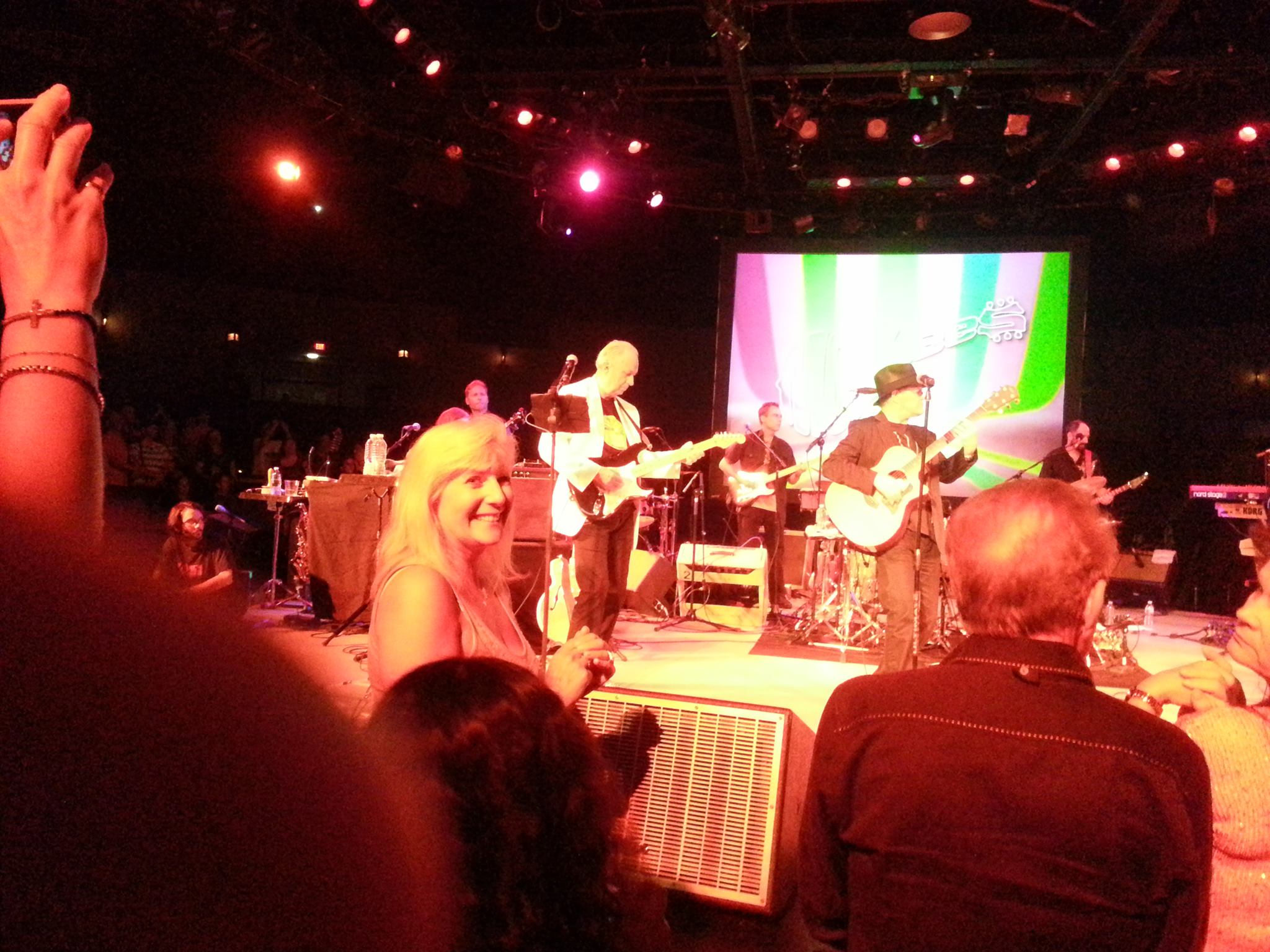