Posted on May 10, 2012 by arlene
This is the annual Mother’s Day Blog so I have to remind readers that mothering is the very hardest job on the planet even with the easiest of kids. From the moment that child is born, it’s life is in the hands of it’s mother to be nourished, nurtured, and cared for in so many ways. Not to negate the father’s role, but let’s face it – they can’t exactly breastfeed – and they will get their own blog on Father’s Day!  No matter how egalitarian the responsibilities for child rearing are divvied up, the mother usually gets the lion’s share.I must mention as I do each and every year I’ve had a blog, that I marvel at the combination of design (heavy emphasis on that) and luck that gave me the two very best kids on the planet. And then as a bonus I got three fantastic stepsons who I also adore. It’s always a Happy Mother’s Day for me – a Happy Every Day with kids (now adults) like that.

Yet I have decided to take a break from talking about my own mothering, or bragging, or whatever I usually do on Mother’s Day, to talk about another mother who has flawlessly pulled off one of the most daunting mothering assignments of all – raising quadruplets – and for a good portion of time as a divorced mom- into well-adjusted, really great adults. And this was before mega-multiples hit the scene and the reality show circuit and became fashionable! There was no reality show for Irene but she sure lived it.

I’ve known Irene and her instant brood of four since my own daughter was a newborn. Friends told me a playgroup was forming, and two of the moms who invited me and my daughter Elissa also included Irene, mother of four premature quadruplets – three boys, one girl – two identical twins, and the rest fraternal. Their names are Adam, Daniel, Lauren and Mark.
At first Irene had her hands more than full just getting them all to survive, then all on schedule, and somehow she conquered all those challenges with a sweet temperament.

I will always have a very soft spot for all four due to remembering what little tiny peanuts they were – fighting to live and to grow.From the beginning, we were mostly around Irene to provide camaraderie and support since our own babies were also too young to truly socialize (it was more for the moms anyway) and she had much more going on than any of us with single babies. We also went to Irene’s house more than anyone else’s because it was easier for her there. She had her feeding and sleeping charts and color coding system going and she could stay more organized. We were distressed when our one baby wailed. Imagine a harmony of four babies wailing at the same time! We all saw and heard this and had to admire Irene’s ability to stay cool.

As her four became active toddlers, Irene more than once greeted us for playgroup telling us to come in as she was saying goodbye. “Come on in and play with the other three,” she would tell us, leaving her brood with her mother’s helper because she had to rush one to the hospital or doctor. She always stoically managed damage control – and I would have been hysterical each time. “Oh Daniel cut his chin and I need to run him to the hospital for stitches. Have fun with playgroup,” she bid us as she rushed out the door.

What impressed me most during any crisis from high fever to stitches, x-rays and like, was her total, utter unflappability. She could tend to the one who needed it most and still make the other three feel important.

One time she confided in me that she wanted to get pregnant again and have one baby so she could feel what that was like. I can’t say any of us would have wished to be in her shoes for even a moment, especially through those baby and toddler years, yet she made it look almost easy.She was, and is, as easy going as they come and that nature is reflected in her children. Through the years, she surmounted many challenges because she had four sets of wounds, puberty, teen issues, in-fighting, milestones, growing pains and everything else all at once. There was tons of juggling involved. Then she survived a shocking divorce, and then finally an all-at-once Empty Nest. (Click here to see a newspaper feature I wrote about them as they all prepared to leave for THREE DIFFERENT colleges)

Her kids were involved in sports and an active social life through the years and Irene managed schedules like an air traffic controller. Her house was the hub of activity as all the friends gathered there and still do.

In what proves that she raised all four to be very independent, they chose to NOT remain the “Quads unit” they were throughout their childhood and school years, and they split up for college. She deserves kudos just for that.Somehow Irene also figured out a way to move in and move out four kids through college in three different cities – none of them Houston. She then hosted all of her kids friends each time they visited in a non-stop social event until they were packed up and gone again. (With four sets of clean laundry.)

She survived two graduations in different cities on the same day, and tells hilarious stories of her kids like one of them losing his cap and gown right before graduation. (Who loses a cap and gown but my kid? asks Irene) Still, somehow, Mom came to the rescue- always. She allowed her children their own timetable for completing college, and now they all enjoy good jobs and successful lives in various cities. 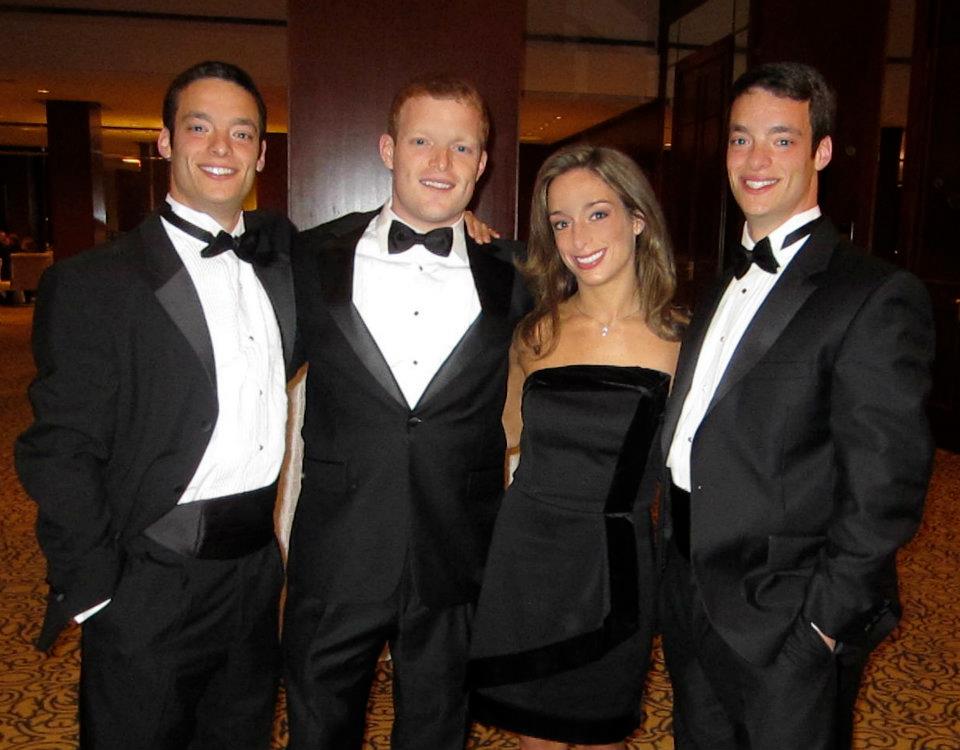 Whenever I see them – those of her brood who don’t live in Houston visit often enough, they have the kind of confidence, sociability, manners, poise and presence that tell me what a truly great job of mothering Irene did.

To Irene and ALL of the great moms – and you know who I am talking about as there are loads of you out there – sit back and bask in the great job you did and enjoy your day. Celebrate yourself!

Still another friend is counting the days – just a few away – till her soldier son comes home from Afghanistan. That too makes me put this holiday into perspective. Although they won’t be able to celebrate the actual day together, they are due one heck of a celebration together shortly afterwards.
I am lucky this year to have both kids around as my daughter is coming in for a visit.
Wishing you all a very Happy Mother’s Day!
8
Uncategorized