My Take on the Royal Wedding and Hats!

She definitely has the princess wave perfected, doesn’t she? Born to the role, I say.

The smiles looked natural – not fake. They are happy and they are in love. Kudos to those young kids and wishing them a happy life in the public glare.

[We interrupt this message to talk about the hats. No. Just no. That’s it.]

I am not really into Royals like some people are. I was only interested in Princess Di because she was so anti-Royal. Non-horsey, from a broken home, shy, a preschool teacher. It was a real pleasure watching her grow into her role. And that she did. Her loving compassion knew no bounds.

And fashion. Did I tell you I was crazy about fashion? So of course Princess Di was a role model. Except for the faux pas of her hair and headpiece on her wedding day, I never saw a fashion misstep EVER again.

[Di’s hats were always lovely and tasteful. Have I mentioned the hats this year? NO!]

(Obviously Fergie was the anti-Royal too, but she was just too tacky to appreciate. And now look at her daughters. Tacky is inherited, like blue blood.) 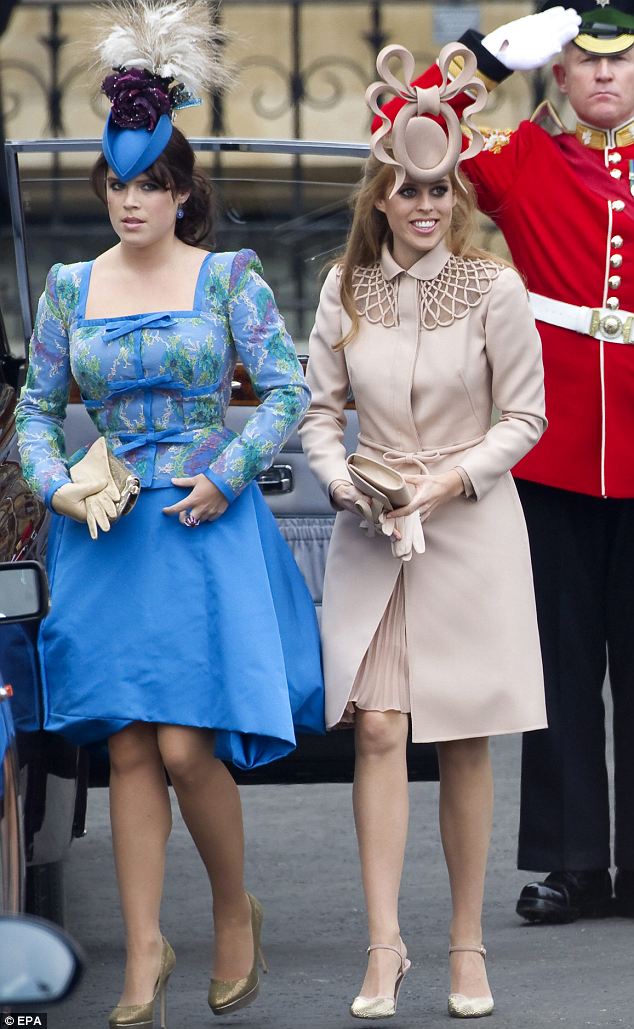 And mothering. Princess Di brought a maternal warmth and nurturing to the role of motherhood in the British monarchy that had never been seen before. In fact the other royals were horrified that she was so hands-on.

So of course I have watched with interest as her young boys grew into men. They have a large chunk of their mom left in them, and despite some Harry blunders, I am rooting hard for them to have happy lives.

It really seems Wills has found his happiness. Such a darling, normal, classy young woman he has chosen. I can tell he has great taste.

It was a happy moment in time, and I am glad I saw it. I am wishing them the very best for a fulfilling and happy life together.