Not Your Typical Dog Meets Cat Tale – A Love Story

Every once in a while a feature comes along and just plops itself in my lap – usually it is one I can’t get out of my brain until I dump it all out in a story or blog. This is one of those kinds of features. I am honored to be able to share this beautiful story of human and animal kindness and love with all of you thanks to my friend, Karen Krakower Kaplan – an enormous creative and clever writing talent that I have known and admired for years. I will be sharing this story on this blog site and some other platforms as well.

Karen’s son, Andy Krakower lives in Kathmandu, Nepal, along with his significant other Cinthia, and Andy is an incredible soul, devoted to making the world a better place.

Andy first met his adopted dog, Lucky, a male Nepalese Mastiff mix, six or seven years ago. As Karen tells it, “Upon arriving in Nepal several years ago, Andy Krakower meets Lucky from the long end of a chain–a snarling, bitter mass of filth and fear. Lucky was raised on a chain as a guard-dog –the Nepalese security system.” 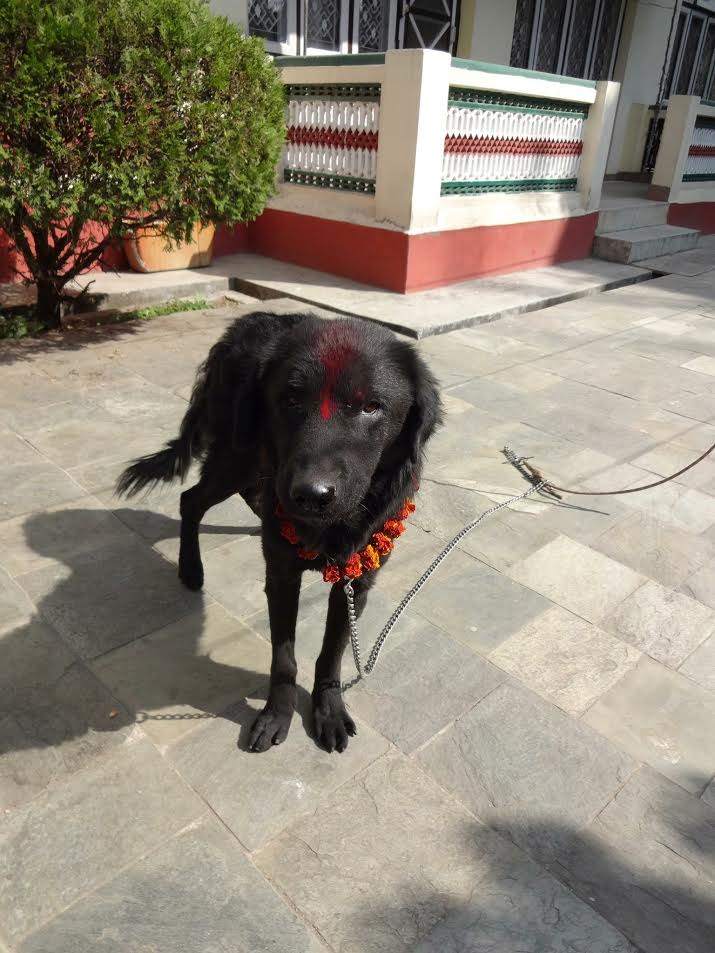 After the 2015 earthquake there, Lucky was abandoned and still chained, and near death. Andy and Cinthia adopted him and nursed him back to health. That’s when Lucky’s luck changed and he became true to his name; he lived life comfortably in Andy and Cinthia’s apartment, and this former attack dog became utterly domesticated, docile, and sweet.

Lucky became so sweet, that last November a neighboring stray cat, only known as “She-Cat” started visiting Lucky, using him for warmth and food. During a visit there, Karen personally witnessed the budding romance between Lucky the Dog, and She-Cat. They had something special between them, and Karen said, “For a brief time, Lucky felt really lucky.”

She-Cat would only interact with Lucky, and would not go near humans. This past late Spring, she had a litter of kittens, which she literally dumped on Lucky. Lucky took to this litter as if it were his own, sheltering and nurturing the kittens, and sharing his food. Lucky seemed to think he was the mother according to Karen who remarked, “Oh, the therapy down the road!” 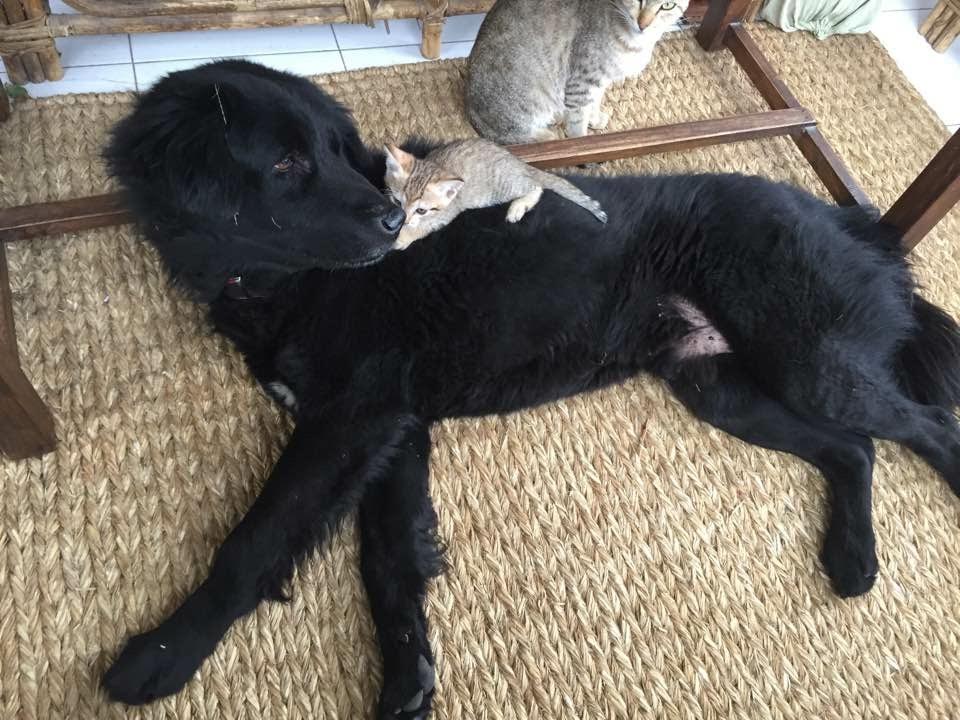 There is She-Cat above watching her kitten receive some nurturing from Lucky. 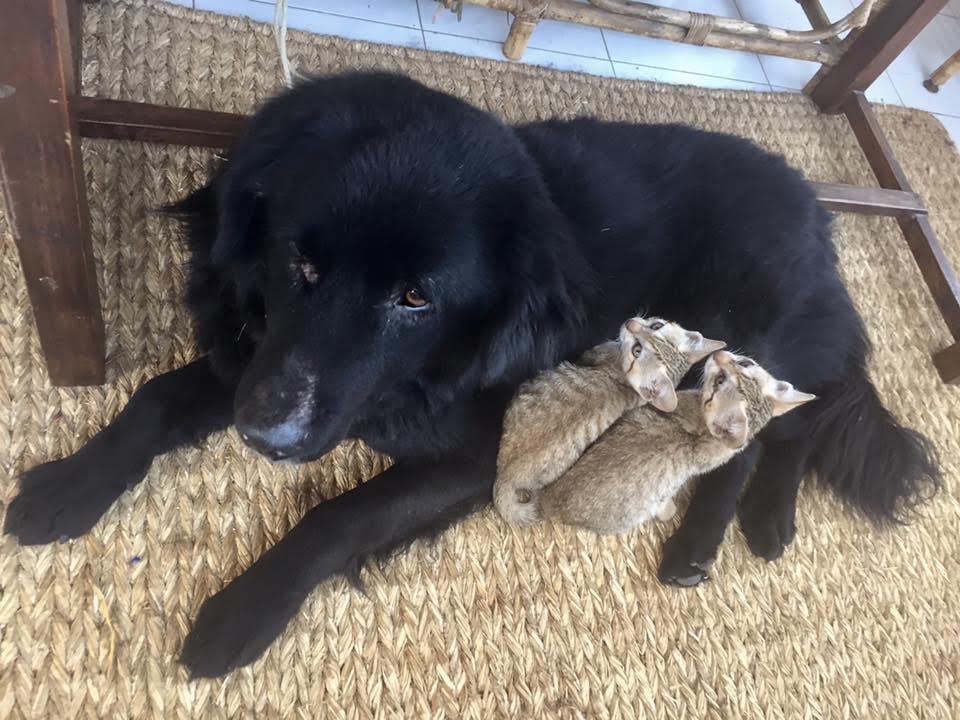 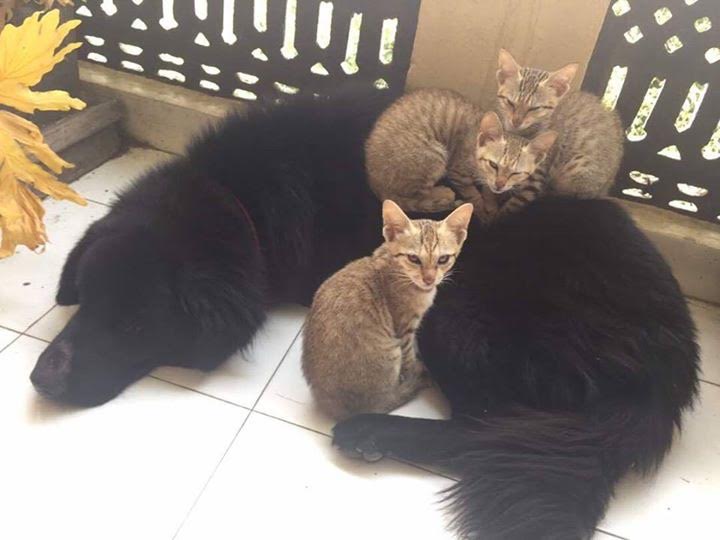 Above, the kittens are thriving and growing, thanks to their adopted male dog Mom, Lucky. 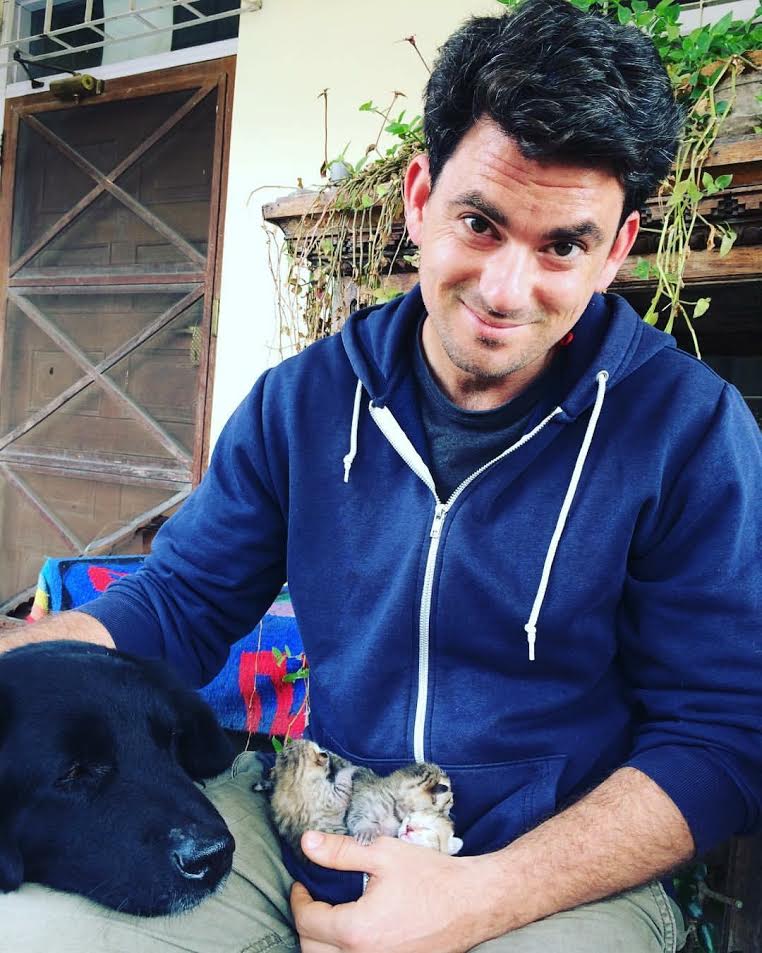 Pictured above is Andy, Lucky, and a few of the very tiny kittens. All photo credits are to Andy Krakower.

Thanks to Andy and Karen for this touching tale. Share this beautiful story! It deserves to be seen by the entire universe!