Every once in a while I write a blog that seems to strike a chord, whether the person agrees or disagrees with the contents, and they write to me. Not everyone is comfortable posting public comments on the blog – afraid to be recognized (it’s safe and you can be anonymous, I assure you)  but I sure heard from a lot of people with various reactions, anecdotes and other feedback. My mailbag was full and I try to respond to all, because I just LOVE hearing from my readers in whatever venue.

This topic and all the feedback is worth another blog though, so I will summarize below:

The most contentious: I heard from a feminist type person who felt that I should not have gotten my confidence in my abilities from a mere boy. It’s not as if I got all of my self-esteem and confidence from this one guy or my first love experience, but my parents were not the warm and fuzzy types, and gave me no feedback or compliments. I had a rough pre-puberty go of it and did not have a naturally healthy self esteem.  Actually the importance of building self esteem in children was yet to be adopted into parenting regarding the teen condition, and besides parenting wasn’t even a verb back then!

In other words to my feminist friend – having someone whose opinion I truly admired telling me in writing and in person just how much value I had in looks, personality, dress, and even talent, was a breakthrough. If it had come from a teacher, or a mentor, or someone else I looked up to, it would have been just as important. It was a vulnerable time and my personality was still forming. It was the first time someone put me up on a pedestal and eloquently explained the reasons why I was so important.

Lots of others were sorry they did not keep in touch with their first love. ANNOUNCEMENT: that is what Facebook and Internet stalking is all about! What are you waiting for? Just keep it healthy, like I do.

The most interesting comments to me were from those who had a BAD end to their first love so they are not left with any of the tender emotions that I have. Some were disasters. I totally understand. One has a child by her first love who then abandoned her, and there were other horror stories so I have to emphasize – not all first love stories end in happily ever after.

It is always fun to hear from people who are still WITH their first love – some who met as young or younger than I met mine. How wonderful! How special! I wrote some of those type of stories too for the Chronicle’s Love stories features so check out my Chronicle archives to read some.

I just loved the reception many gave to the love letter sampling in the blog and many wondered how I found a boy that age that was such a romanticist – like me – at such a young age. My son was even blown away! (There are dozens of these letters – they came almost daily and somehow through all my moves, they were always retained in a dry, convenient location.) In reviewing about a dozen for the previous blog, I realized what a great book they would make – they follow a trajectory that is absolutely fascinating of young love, passion, frustration, jealousy, break-ups, make-ups, and finally heartbreak reactions to the final unequivocal goodbye. They are intelligently written with lots of humor – quite romantic and I think without prejudice really interesting reading. So project number four (take a number – got others ahead) is to get these in order and get them published in a book. I think people would read it! (another nugget below) 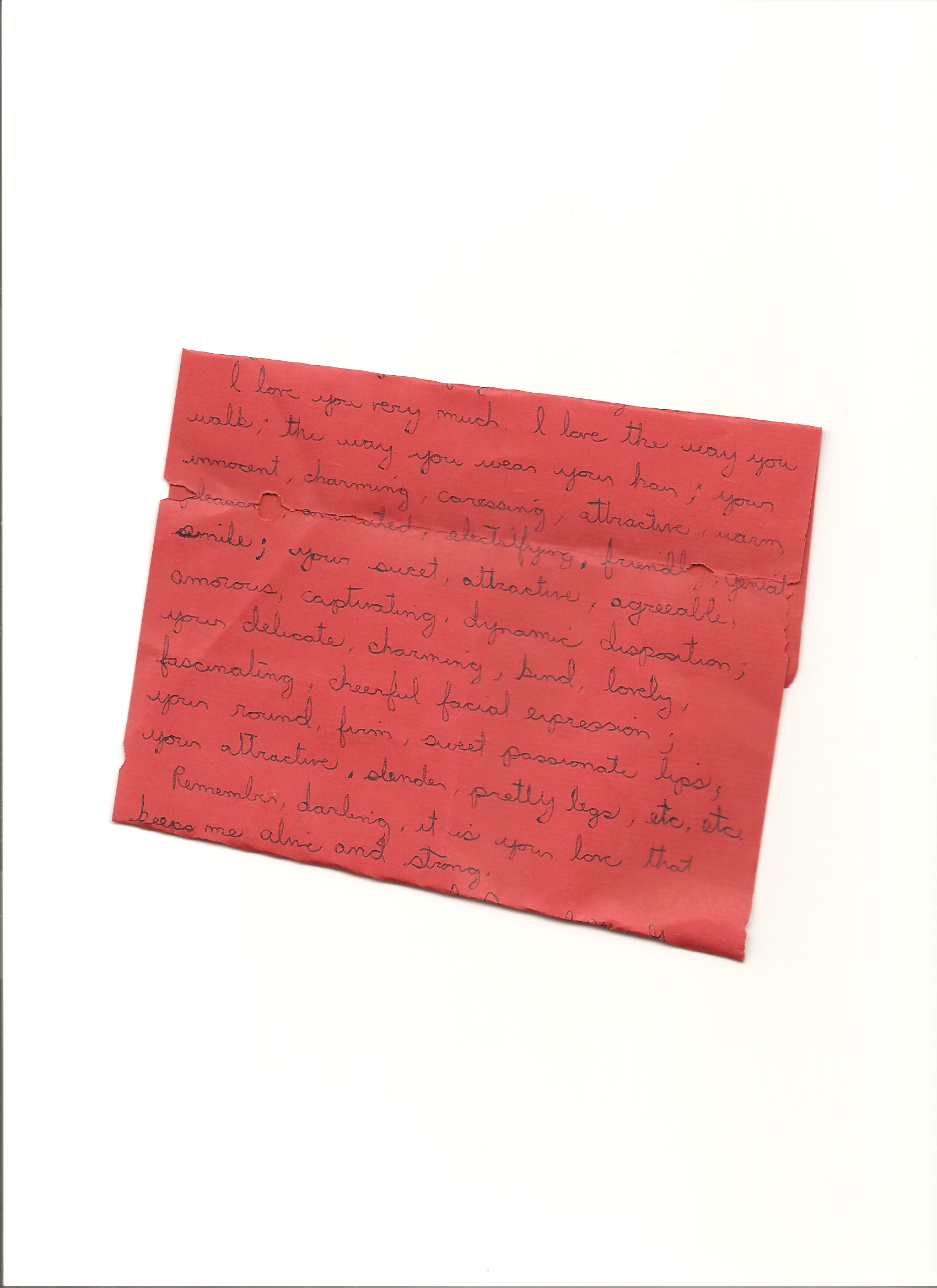 Back to the reactions: Some called me lucky in love. Funny you should mention that as it was the song that was my daughter’s solo in her starring performance of Good News as pictured here! 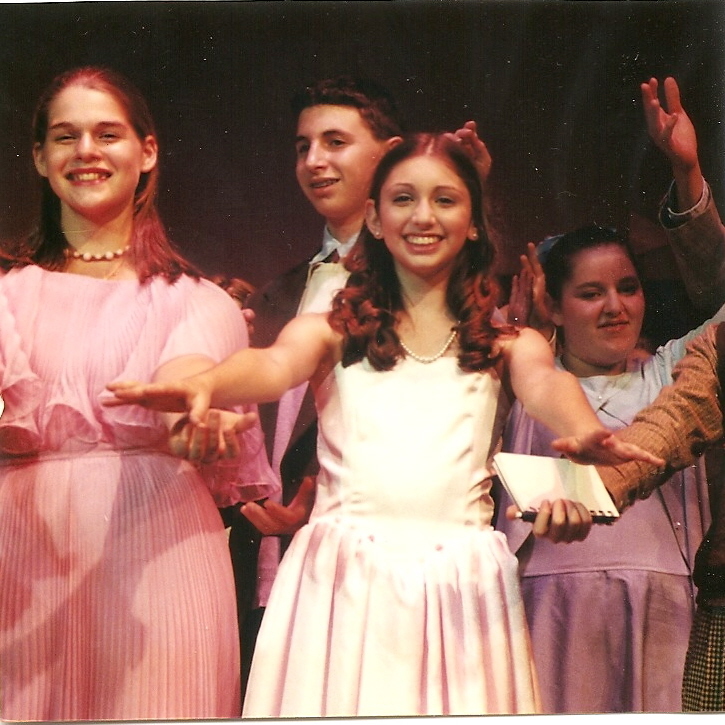 I don’t know what karma or force-field put two extreme romanticists together at the ages of 15 and 16, but I do know that neither of us has changed a bit – except now we are that much more sentimental. Every once in a blue moon there will be something that comes along that I want to share with him and only him, something that I know he will “get” and react to just like I do. For example when the movie The Notebook came out, I ordered him to watch it. And he felt the same way I did when he saw it – we shared such a great conversation about it.

Lastly – some wanted to know HIS reaction to the blog. He was happy I focused on the “honeymoon phase” of our relationship and not the dysfunctional phase. I am always a glass half full type of person, and besides, the sweetest time is the most powerful part of the memory that stays with me – not when it started going south. He said that he also wanted to re-write the lyrics of a beautiful song of first love by Cat Stevens called Remember the Days of the Old Schoolyard. Even though one of my quirks (a future blog) is that I am a savant at lyrics from the most obscure, to the oldie-moldy, I did not know the lyrics to this song but I Googled them. Ah, so very sweet.

Yikes – I now have four book projects. Gotta get going!