The Big Storm on the Other Coast

I moved to Houston in 1981 as an ambitious newly married young woman. The thought and consideration for moving here consisted of my then husband’s career potential in a new branch of a company he was working for, and that was it. I didn’t do any research in the age before Internet, and didn’t know much about the weather or the storm potential, with Houston being so close (an hour) from the Gulf Coast.

The Gulf of Mexico, an hour away is a warm body of water, and we are blessed because of our location in the south with moderate temperatures in the fall, spring and winter. Summer of course is a hot humid affair, but I remember the same about my original hometown of Philly where I grew up without a bedroom air-conditioner and suffered through many a long, hot and humid summers.

In fact, at first I only saw the very good of Houston weather. It was an especially warm first winter and our home in Houston was at an apartment complex with other young people and it had a pool, which I used all that winter. I sent my family a photo of me sunbathing by the pool on New Year’s Day 1982.  The more I learned about the moderate weather, the more I liked it. My college friends used to tease me that I would end up in Florida where it is warm because I froze all winter. Well, close! I ended up in Houston.  (and look what Florida residents have to put up with for all that warm weather they get – many more Hurricanes than we get in Texas – it’s part of the give and take with warmer temperatures I guess.)

Again, before the age of hysterical media, cable TV, and the Internet, I was not knowledgeable about the so-called “Hurricane Season” in the Gulf Coast. It took me three years to experience my first hurricane in 1984 – Hurricane Alicia, and I didn’t get very much damage or power loss from it, though other parts of the city were hit harder.

Fast forward to having lived here 31 years. I’ve only had one other hurricane to experience: Hurricane Ike in 2008. Two hurricanes in Houston in 31 years isn’t too bad, though we also had one bad tropical storm called Allison. So three in 31 years, or one a decade. I can live with that.

Except that the aforementioned hysterical media plays up every potential for a Gulf coast hurricane. And my friends and family back east worry needlessly.

Ironically, this was our first summer of extended stays on our little piece of beach back on the East Coast, on the south Jersey Shore, and during our recent vacation, a huge storm hurricane hit THERE – at the Jersey Shore. It wasn’t technically a hurricane, but as you can see by the photos below, it caused enough power outage and damage to be called a hurricane in my book. The technical term. The winds exceeded 80 miles per hour but this storm that hit our coastal town is called a Derecho. (Yeah, I know, I never heard of that term before either.)

I guess I should have been more prepared that trouble (in the form of weather) could brew – in Margate there were Houston-type very hotter than normal temperatures along with unseasonably warm water temperatures.

When the storm came through, we had just finished our first full day of our visit, and I hadn’t food shopped yet because we were so busy relaxing. It was 1:30 am when my husband and I were awakened by what sounded like a freight train about to come through our huge wall of windows near our bed.  It was truly frightening to be unknowingly awakened like that, as we weren’t prepared at all prior to going to bed that a huge storm was coming our way.

We felt wind and rain coming into our condo, on the tenth floor. The wind blew the in-the-wall air-conditioning unit through it’s frame in the brick exterior wall and onto our carpet letting all of the elements in. For an hour, my husband pushed the unit back into place as the wind tried to do otherwise.

The storm finally passed and we went back to sleep. (We are storm “troopers” due to tough skin from living in Houston) When we awakened we discovered that most of our town, Margate, and the two towns beside it, were without power. Our building has underground wiring so we were spared. The town was dark and closed up, even though it was a bright sunny morning as the storm passed through quickly. We had no food, and there were few restaurants opened. Thankfully, our local grocery store was in business, and we stocked up. Still we walked around amazed at the shingles all over the streets, tree limbs down, wires down, and all kinds of other destruction. That kind of damage reminded me of Hurricane Ike back home in Houston a few years earlier. Our friends’ condo, a few miles north, had all of their pool furniture blown off their pool deck onto the beach below. Car windows were smashed out, and sand swirled up and reached and filled the top floors of condos with 20 some floors!

We drove through a town fifteen minutes away a few days later for an errand and there was much more widespread damage there. Traffic lights were still out and most of the businesses were closed. If that is not a hurricane, what is? 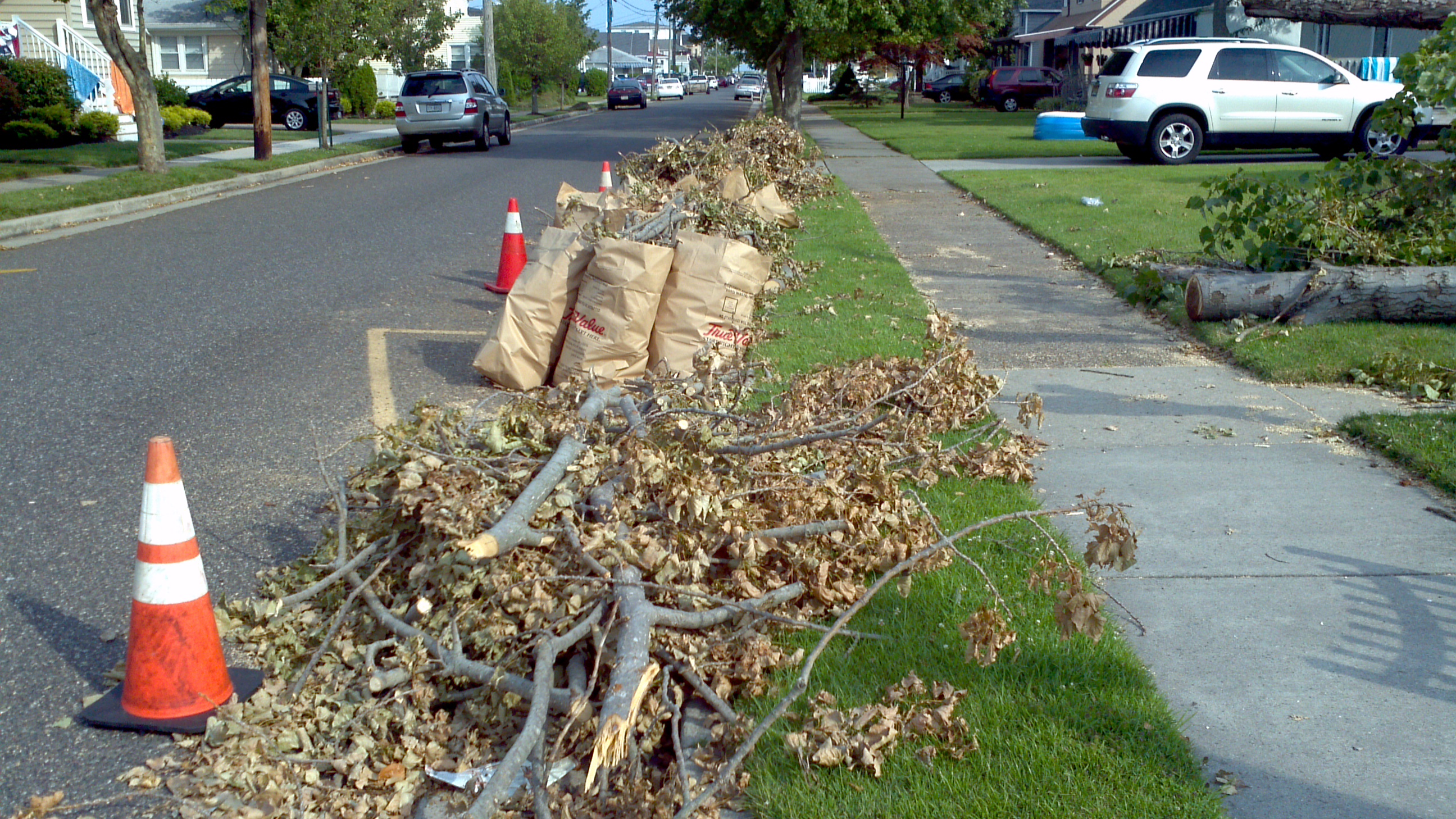 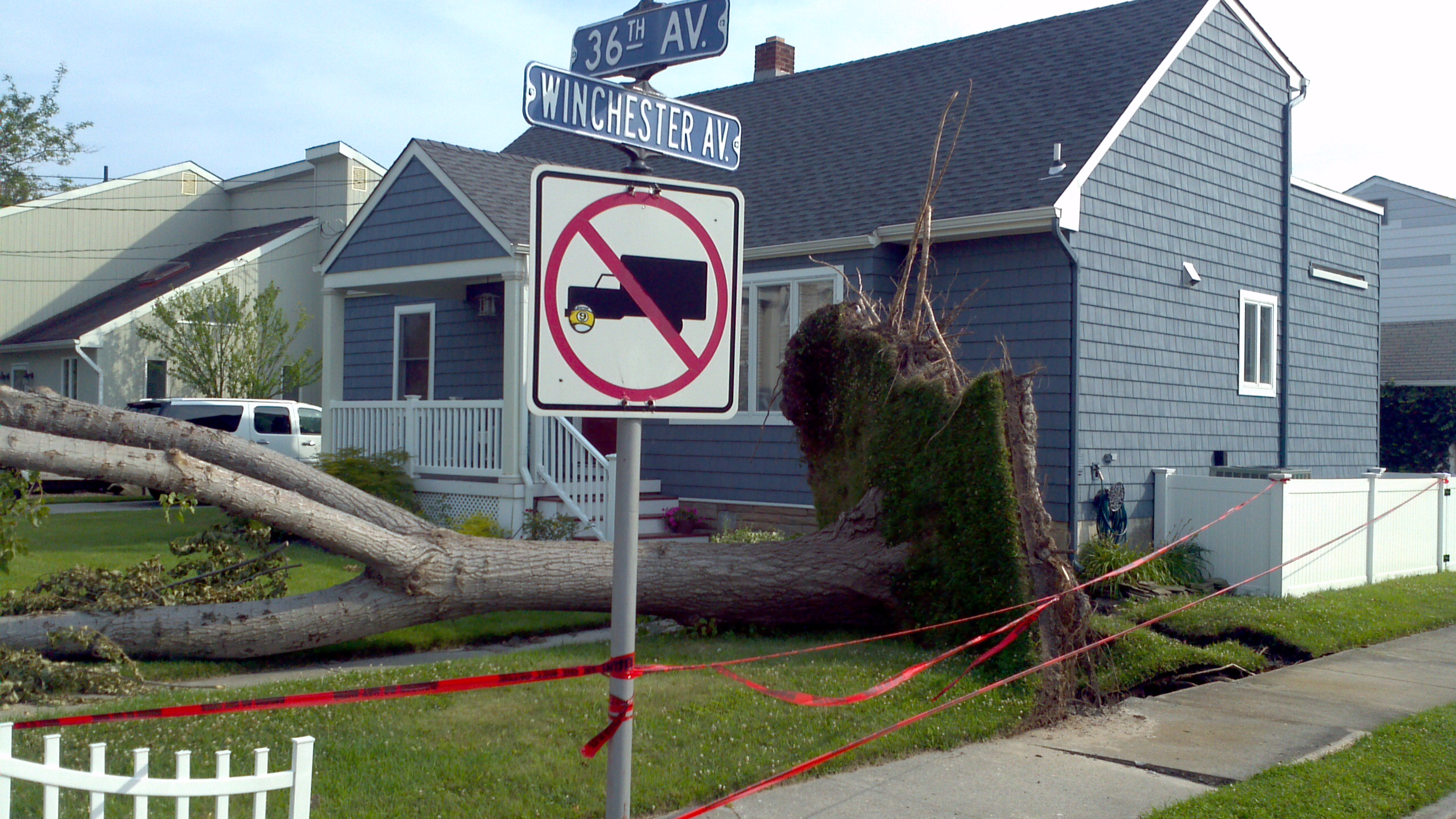 At any rate, my poor dad who worried about Houston storms due to the hyped up media (read this cute  blog) now has to worry about me on two coasts! Mother Nature has been a total beeyotch these last several years, hasn’t she?