I am a bit attached to my Honda CRV car that I nicknamed Carvy. I have had Carvy since 2001 when I happily concluded the last van-pool of my life for my youngest as she left middle school. Carvy is a high-off-the-ground (perfect for low-lying Houston) and a mini SUV so she isn’t a gas guzzler but holds a bunch of stuff when you need her to. She is bright blue and still looks awful cute as you can tell by her photo. 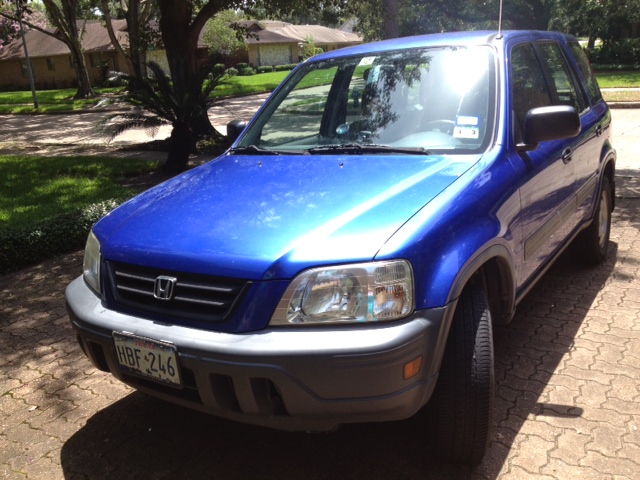 Yes, I am attached to Carvy. But she has 114,000 miles and up until this year, no major repairs were needed. I am driving an incredible amount each week, so I have to have a reliable car. I noticed that even though I am religious about oil changes and tire rotations, I haven’t done a whole bunch else with her lately in maintaining her youthfulness..
So this week’s bill at the car place came to about $2500 or about a year’s worth of car payments on a new modest vehicle. GULP. It is kind of sobering that I spent that much on my older vehicle, but again, other than a radiator replacement, all I have ever replaced before are brakes, tires, and battery. Reliable is Carvy’s middle name.
She was riding kind of rough and I knew she needed some work, but WOW. That is a lot of work for an old car and it is not even replacing an engine or anything huge. It was just a huge list of this, that, and the other. (Shocks, struts, etc)
With my ever present optimism, I am expecting this major maintenance session to have Carvy riding like new and keeping her that way for the foreseeable future. I am investing in Carvy because I still believe in her. She is a trustworthy old gal – and maybe that’s why I can’t part with her.
So tell me, am I crazy? Stupidly loyal? I mean, consider this: There is a radio and CASSETTE tape deck in this vehicle. That’s how old she is.
Wouldn’t it be better to have a car with modern conveniences such as GPS and maybe a bluetooth system, along with a CD player? (Although my secret weapon is a cassette adapter that connects to my iPod and plays my playlists though the radio thanks to this handy-dandy gizmo.)
What do you think? I don’t care if you tell me I have a weird misplaced attachment, go ahead. Just be honest.
7
Uncategorized