Where is MY Green Thumb?

I just love orchids, and flowers and plants in general. One of my first and most fun jobs ever was as a florist’s assistant at S. Klein department store’s greenhouse dept. (who remembers that store?) when I was a teen. I enjoyed learning to make boutonnières and corsages (they were big in the 70’s) and bouquets and flower arrangements. It’s lucky though that I didn’t have to grow the flowers because I have a long history of murdering plants and flowers. If love could bring them back to life, it would. It’s not the love that is missing, it is the green thumb.

It has long been my wish to have a green thumb, but that’s one talent I don’t have.

My friend Malka, however, has two green thumbs if not a handful, enough for two people or more. I go over to her garden and home and am amazed by what she has blooming and thriving.

For example, she gave me aloe plants, which have reproduced, all over her yard. Mine have stayed the same size, barely surviving. (Well, we HAVE had a drought here you know)

I tried bougainvillea plants in my yard. They were so gorgeous and lush all over Santa Barbara in a visit we had there, that I just had to have them. FAIL again. They died in record time, despite nurturing, fertilizing, watering, etc. Malka has bougainvillea’s all over a backyard trellis, growing beautifully bright colors as if they were wild weeds. 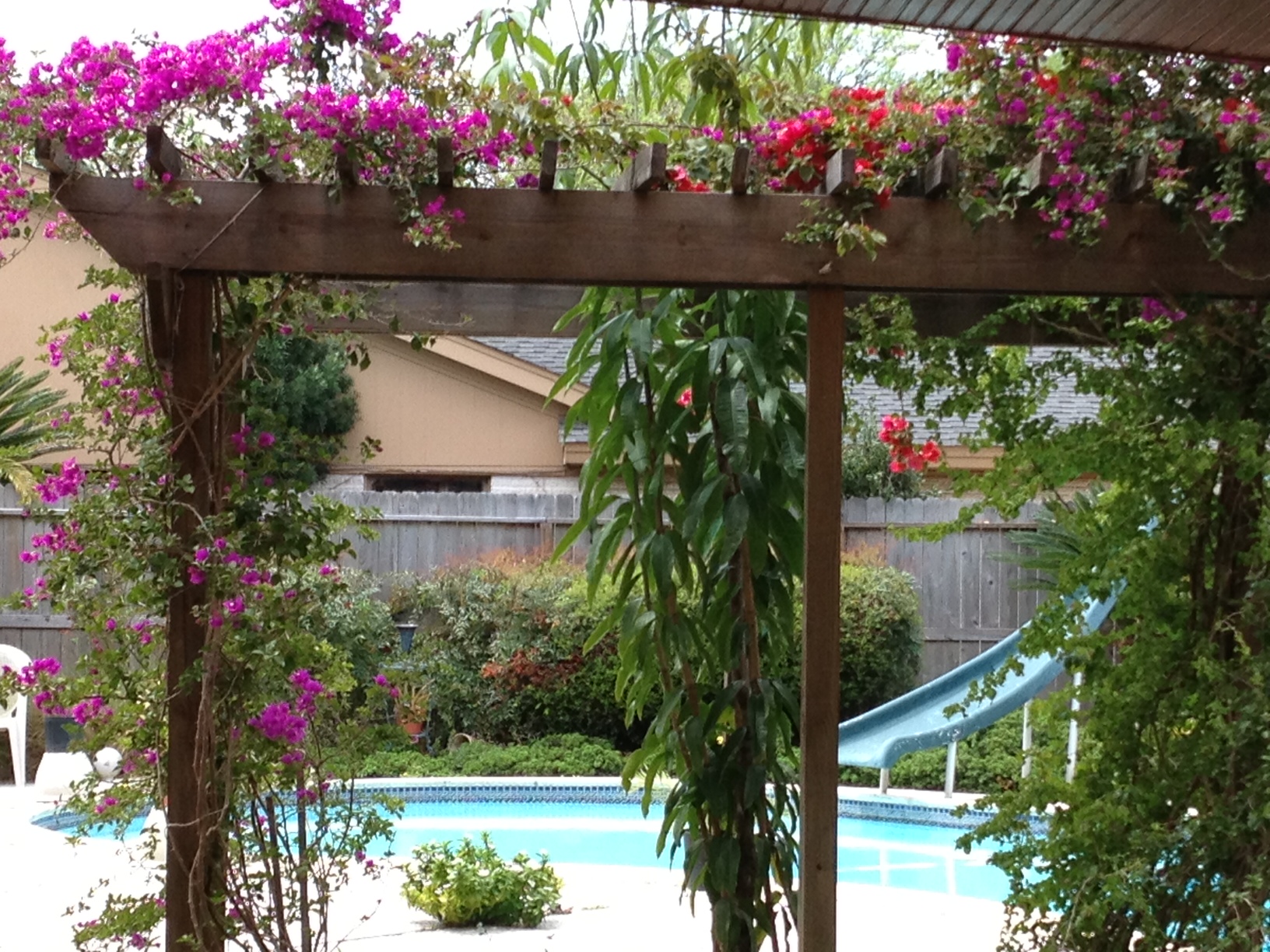 One year I bought a bromeliad. It had a gorgeous red flower in the center but slowly that red flower passed on, and I was left with a boring green plant from then on. Never did I see that red flower or any flower return.

The thing I am absolutely the worst on is an orchid, although I buy active ones very often. They of course, lose the orchid flower and then sit in my house for an eternity with their waxy bright green leaves still intact, and alive, giving me hope 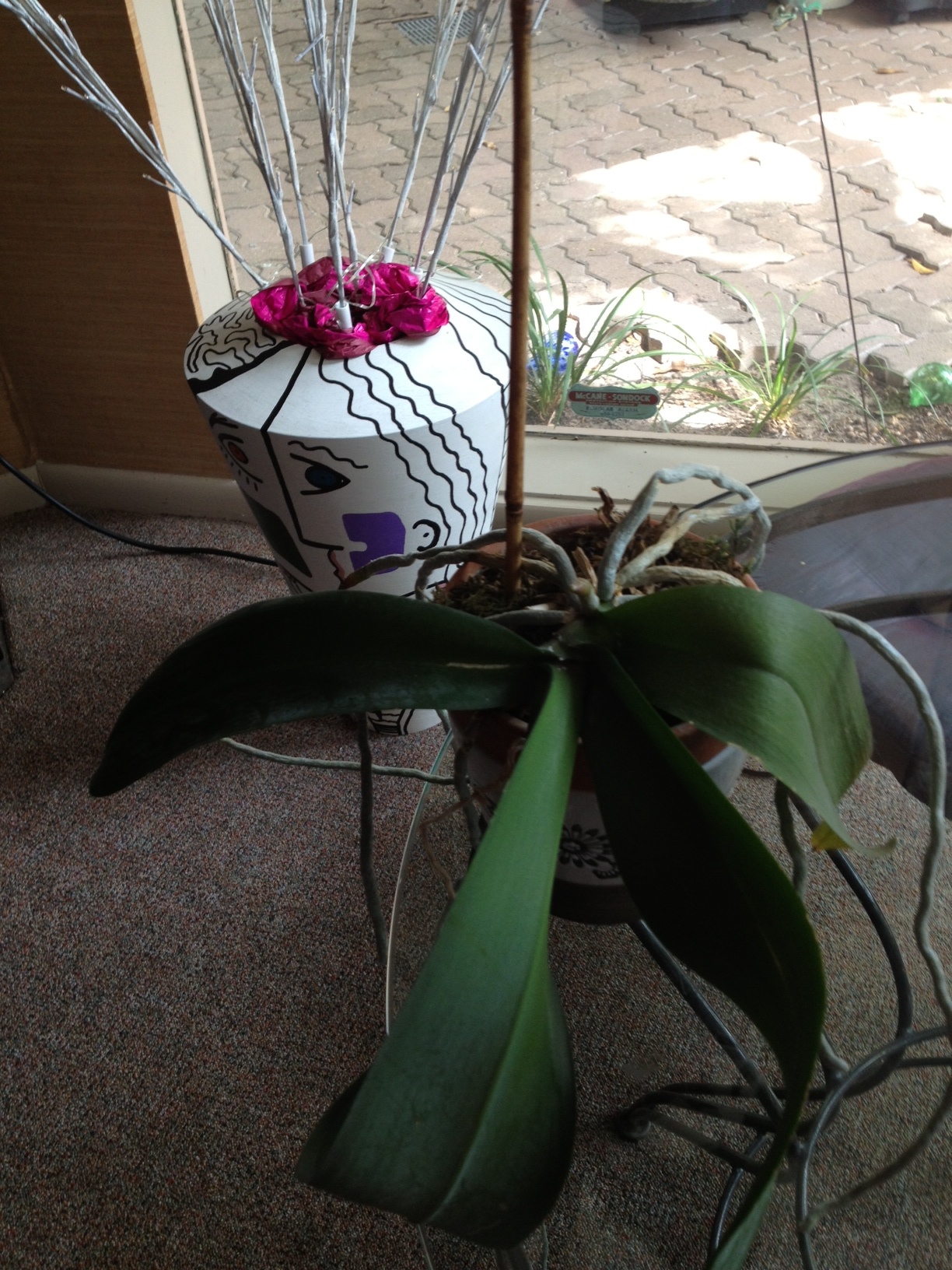 Yet year after year they never come back with one exception. I keep them hoping, hoping, but it is probably not to be. I keep these hanging around, with that cockeyed optimism that they will bloom again. 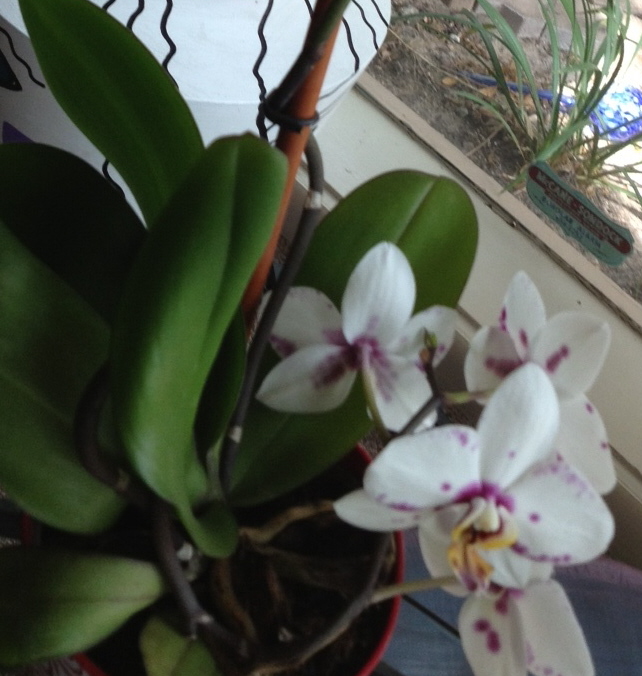 (Here’s one I haven’t killed off yet.)

My friend Susan loves orchids more than I do and she fills her home with them. She even got orchid delivery for a year, once a month for a birthday gift from friends. All 12 of them never bloomed again.

Susan is aware of Malka’s incredible ability with plants and flowers. So she handed off her dormant, near dead orchids, that hadn’t bloomed in years. And Malka took them in, did her green thumb magic, The results are below in photos. 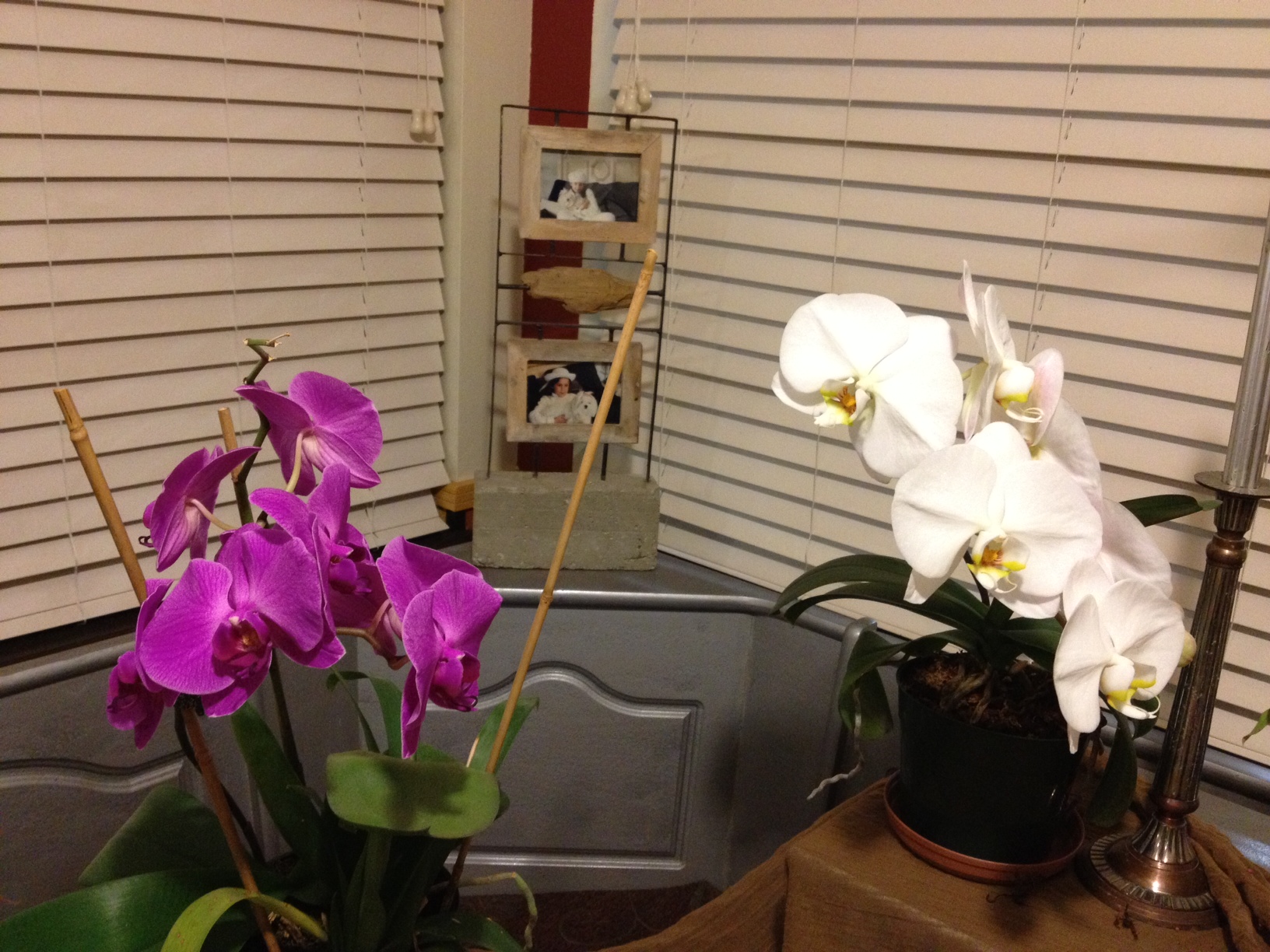 I am thinking about doing likewise, but I don’t know if I would be able to take them back after giving them to Malka – I think the deal is that she gets to keep and enjoy them after bringing them back to life. That would not be enjoyable for me – only for Malka, who is already lush in blooms up the wazoo.

So maybe just hanging around her will eventually rub off on me. Till then, my dormant orchids will sit around and make me wait.