RIP Davy Jones – My Up Close and Personal Encounters with Him

NOTE: This is a combination of two blogs I wrote on Davy Jones and the Monkees that I am republishing in Davy Jones’ memory. RIP Davy – you are gone way too soon and gave me a million thrills. Your memory is surely a blessing to me.

2011- I just saw the Monkees on the View recently. Seems they have reunited for their 45th reunion tour. It just can’t be that long ago that I was 11 years old and they were my idols, but I guess I really am ancient. (And what does that make them??) They are all looking a bit long in the tooth, except Davy, who always seems relatively ageless. It must be either plastic surgery or a healthy lifestyle, or good genetics, or that young Latina bride he has. He was always the cutest one though and that’s why I loved him so much.

Now  of course there is a word to describe pre-teens as “tweens.” The newest tween idol is Justin Beiber. In fact on the View, they split the screen and showed the similarities of how Davy – my absolute total first love at age 11, and Justin Beiber look very similar. One degree of separation from those teen idols, I’ll tell you. Now I totally get where these Beiber fanatics are coming from!

In fact, the mere mention of the Monkees still transports me back to that idolizing, obsessing, no holds barred worship I had for them. (Do we ever lose that part of us?)

This group accounted for major trauma in my youth when they came to my then hometown for a concert and I was not allowed to go, because much of my childhood hope for two straight years  sprang from the promise of their theme song lyrics, “So you better be ready, We may be coming to your town.”

This trauma of being shut out of their concert as an eleven year old was somewhat healed for me years later as an adult because I saw them in concert every chance I could including their eighties resurgence thanks to MTV. I also got to personally meet THREE of the four original Monkees. THANK YOU Writing Career. (Check out this blog on meeting all three.)

But Davy, Davy, Davy. What can I say? We certainly didn’t have the advantages youth have today to obsess over our idols. We saw Davy Jones once a week on a television show and that was IT.  We could listen for his voice on the radio, play records to hear him, and buy magazines to drool over his image.

There was no You Tube to endlessly salivate over live images, no DVR’s, DVD’s, or even videotapes. There was no paparazzi following his every move and reporting it on a website – because there were no home computers and no websites.

This made us long all the more for those few precious moments we had each week with our idol Davy Jones in live action with the rest of the Monkees.  And I do think the more you are denied something, the more you obsess about it.

It is a source of embarrassment that my obsession never quite left me. That inner geek 11 year old when I was first introduced to Davy Jones, was still inside me lurking,  and appearing whenever he was in the news again.

I became a semi-stalker, truth be told.  I went to Steel Pier, a concert venue when I was 18 to see his solo act. I snapped these photos because I was that close. He took a tissue from me to wipe his  brow, and that 18 year old self almost fainted. I have a set of these close up photos of him with the SAME shirt on that he wore in the Brady Bunch episode. Sorry it is sideways, but I am having a technical difficulty. I got an autograph out of him and I also saw his wife Linda backstage and remember thinking that she looked like me. 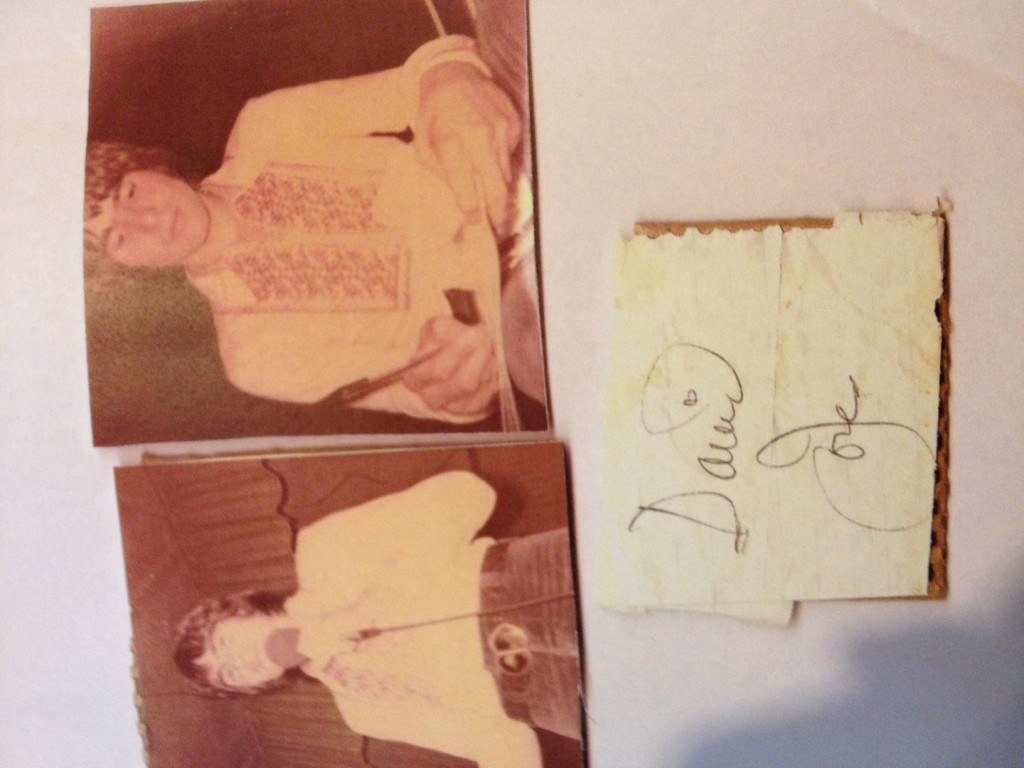 I bought a set of VCR Brady Bunch episodes to see the Davy Jones one whenever I could. (before You Tube but definitely in my 20’s and 30’s)

When the Monkees episodes made resurgence in the 80’s – I watched and taped every MTV episode that featured them.  They began touring again – just three of them, and I went to every single one in my town to see my Davy.

You can see I never quite lost that part of myself – the fanatical fan.

In my early 30’s I found out that the Monkees were playing in Vegas at a casino so I booked a vacation there. The Monkees were staying at the hotel attached to the casino, and so were we, and I was absolutely thrilled to catch some poolside time with the real Davy Jones. Davy’s young daughter Jessica was playing in the pool and I went in and befriended her. He chatted with me briefly then. Sigh. 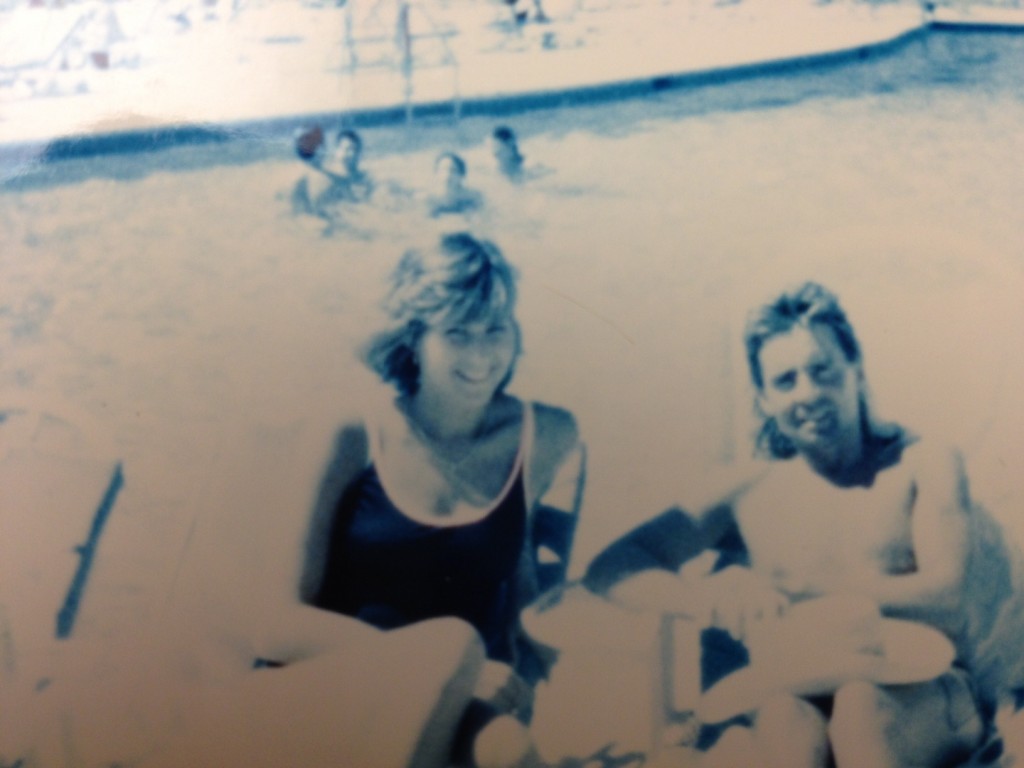 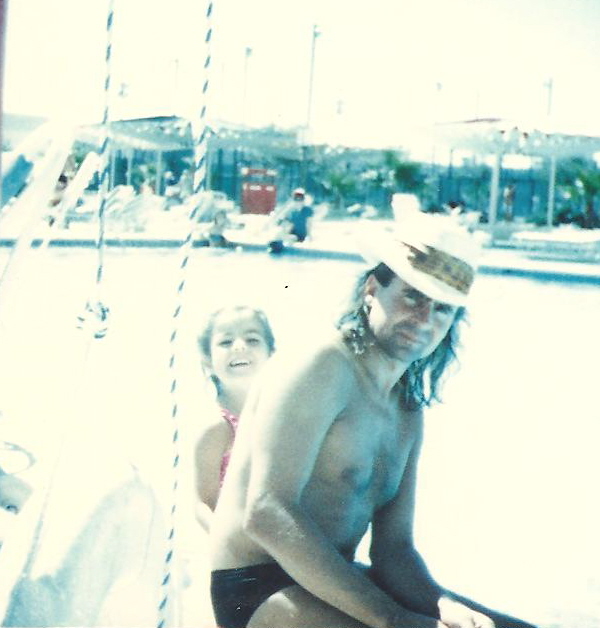 I had the opportunity to get to know him on a much more personal level when he came to Houston on a fundraiser and I wrote publicity for it. Not only did I spend an afternoon with him, I brought my family, and he bonded with all of us. We took dozens of photos, with him and all of us, and especially Davy and my son Brett, who he was teasing and putting a tie on.  Davy had four daughters so he really appreciated the little guy, who seemed an enthusiastic Davy Jones and Monkees fan. (I raised my kids on oldies music) He was such a personable guy, such a nice guy and so accessible all of a sudden. It was that time that cured me from my idol worship and I saw him as a regular human being – a kind human being who really cared about his fans and people in general. See just two photos below from that wonderful day. My daughter was cranky from not napping but she enjoyed most of the day. She just didn’t want to cooperate for the group shot below.

I will always miss this very special entertainer and man. Gone way, way, way too soon. 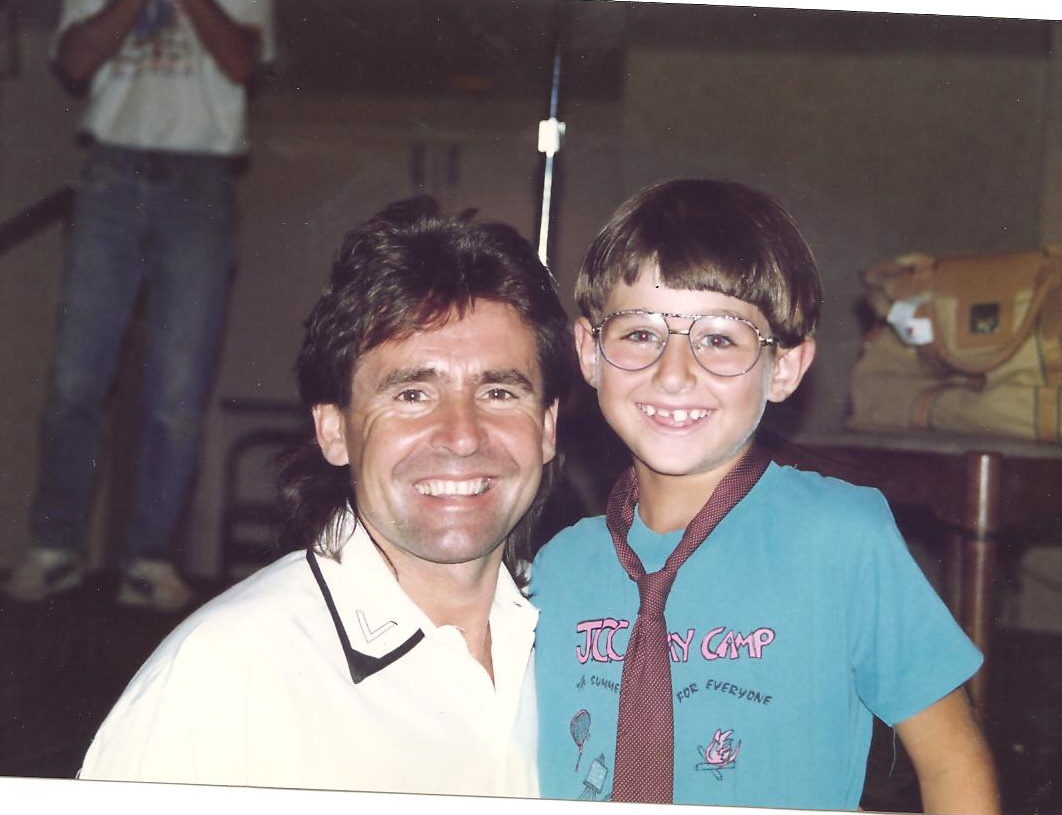 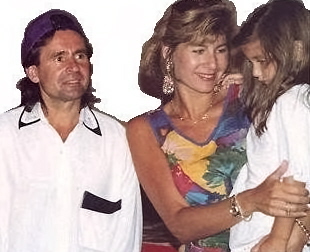